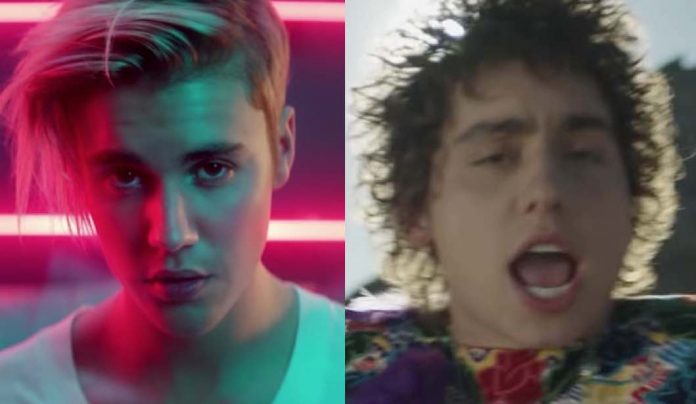 Q: “You guys have had a bunch of these celebrity run-ins lately. I know Tom Hanks popped into the studio down in Nashville. There was the Bieber Instagram cameo, the Elton John event. What have you taken from these encounters?”

A: “What’s satisfying is always their appreciation for your work. It always surprises me that you have these moments where people come in and you’ve studied all their work growing up, it’s been a part of your childhood and your life — like Tom Hanks, for instance. You never thought that you’d be sitting in the studio and he’d come and in and sit down and listen to a few songs and go, “Bitchin’!” … This is some great shit!’ (Laughs).

He’s loving it, and you’re sitting there going, “Whoa.” That’s been the most enjoyable part of that. I can relish in the fact that they enjoy what we’re putting out — that not only do they hear the music, they have an appreciation for it. Those are some of the greatest moments.

Even for someone like Justin Bieber to come along for Coachella to watch our show and meet us after, but then to also come see us at our own show that week in L.A. We’re grateful for that appreciation.”

Greta Van Fleet will be mixing things up and playing some new songs this time out, Kiszka said from Nashville, where the band was rehearsing a few weeks back amid the NFL draft hoopla.

“It’s a constant evolution, I think. It seems that growth and change occurs organically to a certain degree, but I also think that we’d get bored playing the same songs and the same shows over and over.”

The Daily’s show is just the second on this leg of the tour, so the band should be fresh and raring to go when it hits the stage on Thursday, Kiszka said. “Usually it seems that when we show up at the top of a tour, there’s so much energy and it’s all emitted at once.”