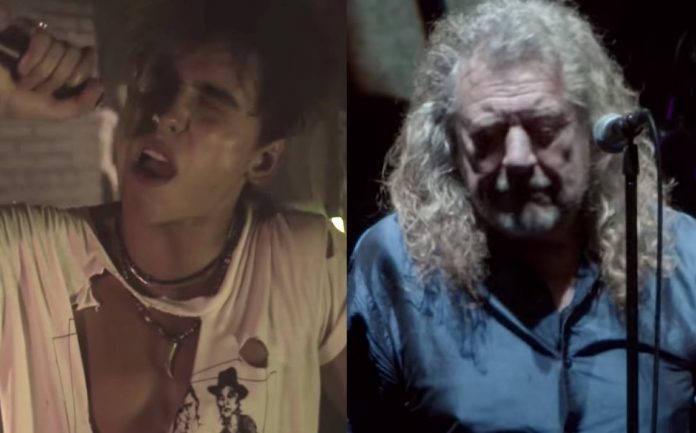 “There’s a band in Detroit called Greta Van Fleet, they are Led Zeppelin I. Beautiful little singer, I hate him!”

“He borrowed [his voice] from somebody I know very well, but what are you going to do? At least he’s got a bit of style, because he’s said he based his whole style of Aerosmith *rolls eyes*.”

In a new ABC 12 interview, Greta Van Fleet guitarist Jake Kiszka says the response to their emergence in rock in the last a year and a half has been overwhelming, not just from fans, but from artists they had been inspired by growing up.

“We’re in a situation within the industry, and within the musical world, where people now associate us and talk about us and that’s a bizarre thing right off the top,” he says. “It’s still is a bit weird because you don’t know how to interpret that.”

Even though just a few months after their debut EP release they were invited personally by Sir Elton John to perform at his Academy Awards after party, Kiszka says hes still just a kid from Frankenmuth.

“I think that’s the lovely thing about going home,” Kiszka says. “To them, you’re just the kid that grew up that still, so it’s nice.”

Those not from the area find the town fascinating, often asking one simple question.

“Tell me about Bronner’s, what about Bronner’s? And its like, its a Christmas store. That’s all you need to know, it’s the biggest in the world, next question,” he laughs. “But yeah, its that or the small town of Frankenmuth, people seem to be fascinated with that as well.”