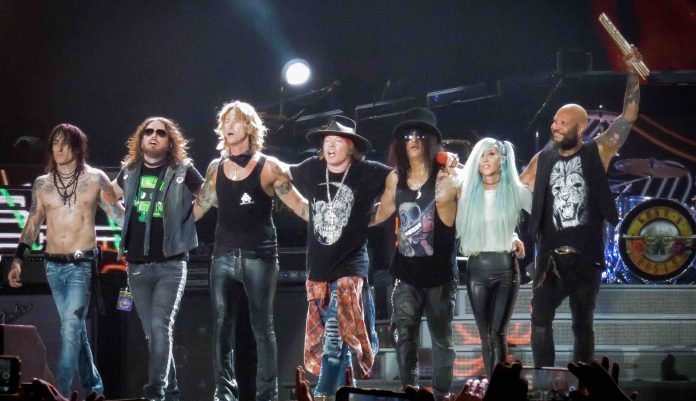 Guns N’ Roses are supposedly set to tour North American stadiums in 2020, as Duff McKagan’s wife Susan wrote a few days ago on her Instagram, “Happy 2020!!! #GnFnR tour @americanairlinesarena Miami to S. America to Europe to USA stadium dates.” She later edited out the USA stadium dates reference. If GNR do tour stadiums this summer, they’ll have some competition from fellow 80’s rock legends Motley Crue and Def Leppard, who will be touring with Poison and Joan Jett. Axl Rose’s ‘sickness’ treatment was revealed last week.

Cineater wrote on MyGNRForum.com, “I didn’t noticed the shamrock for March. 3 albums? 3 legs of the world tour. 5 stars (full reunion). Double the excitement? What’s the cowboy hat for? Reading way to much into that. lol.” Lame Ass Security said, “The illuminati and the Da Vinci Code thinks that damn thing is confusing.”

Cineater shot back, “And then I interpret it, your head really starts to spin. Maybe the cowboy hat is Duff. He wears one sometimes as does Axl Rose so one of them ends up happy.” Trin9498 asked, “Stadium tour with Metallica?” Sydney Fan added, “Or ACDC. They would have to be the 2 biggest bands to co headline with. If that happens hope Dirty Honey get support.”

Sydney Fan speculated, “Ive been t hinking all of this as well….working out the exclamation marks….whats the clover or leaf represent? I agree with @soons post. Axe would be for axle. Or maybe someone has an axe to grind?”

Cineater added, “The lucky clover is for St Patrick’s day, March 17th. F*** it’s a Tuesday. 😆 Doesn’t Axl end every show in the cowboy hat? That could symbolize the end of the plans. I want to change that 3 albums to double new album, double DVD’s and double live album.” Guns N’ Roses discussed a terrifying Axl Rose accident a few days ago. 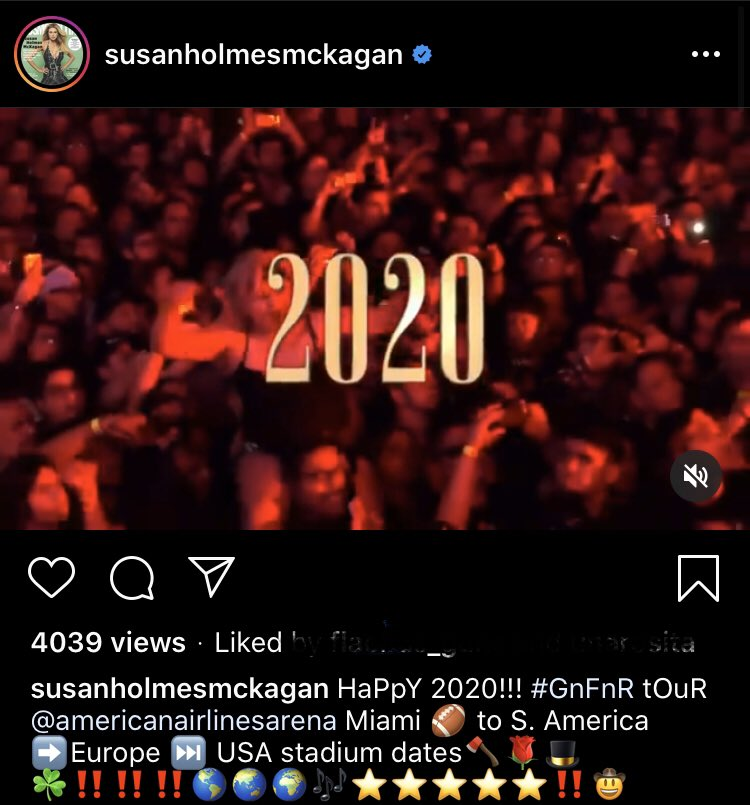