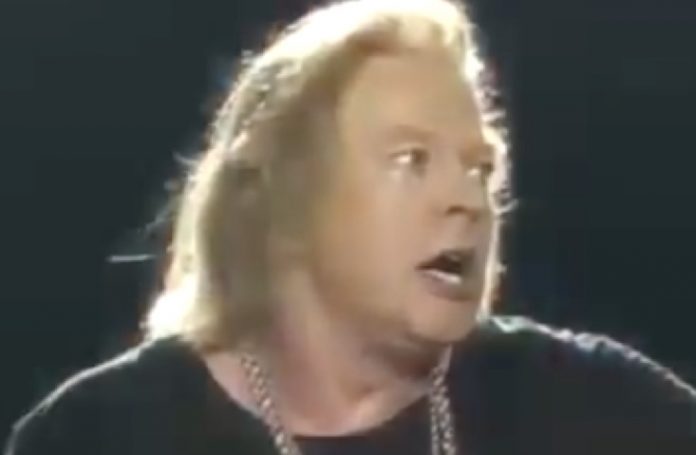 With Motley Crue having been plagued with bad shows, Guns N’ Roses fans have been left disappointed after the rock band’s concerts were stricken by a series of delays, cancellations and sound issues. The band played two recent concerts at the Tottenham Hotspur Stadium in North London – the first ever concerts hosted by the venue in which turned out horribly for the band, the venue, and fans.

Along with the issues of sound, the doors allegedly opened two hours late, leading to one of the support acts being cancelled. When the band eventually did come out, it was underwhelming to say the least. Axl Rose acknowledged the technical issues but this did not lead to any improvements. Fans would end up leaving early as it was “physically uncomfortable” for them to continue listening to the band’s performance.

Fans are now asking for a refund on tickets as it was nowhere near what they wanted out of the venue or the band. We now have a Guns N’ Roses member speaking up about the fiasco as he does not want a bad look on the legendary band or any of the members.

Richard Fortus (guitarist) would take to social media to talk about the issues that he and the band shared with fans. Richard was also not a fan of the venue and he stated that he, the band, and the sound techs all tried their best to get the best sound possible for everyone, but with having no experience at the new venue; they just could not get it right at all.

As of now, there is no news, at least from Richard Fortus, about any refunds to the fans, but surely that will have to go through the venue rather than the band or members of such.

Check out the post by Fortus (posted by Appetite For Distortion) below.

Would love for @richardfortus to come back on my podcast to chat!