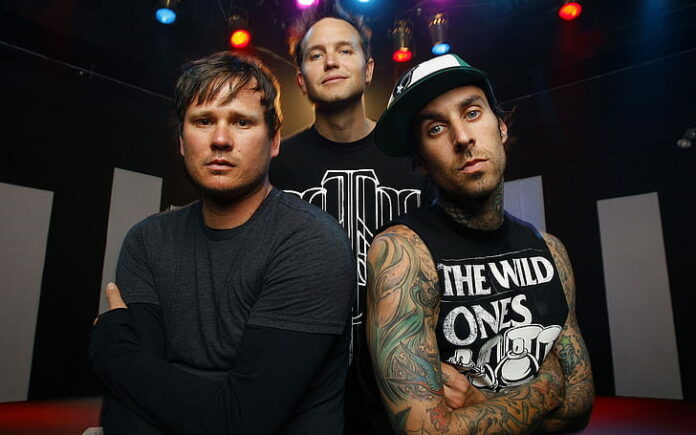 Blink-182 has been teasing the fans about a reunion for quite some time now. Fans have witnessed posters of ‘Blink-182 Industries’ have been spotted at 12th and 2nd Ave, NYC. They appear to be shots from a new reunion video, or from the band’s new album. People have spotted film crews on social media related to Blink-182. Blink-182 are planning something huge

On their Twitter account, while they didn’t clean it up, (there is no option on Twitter to archive tweets) – the band has liked a bunch of posts on the website from 2012-13 that contain the phrase “10 years.”

There are also posters in Manhattan advertising 182 Industries, which is clearly a reference for the band, indicating a North American tour is coming too. The slogan on these posters even says, “Your future is cumming…in the blink of an eye.”

We will have to see what the band has planned for the fans.