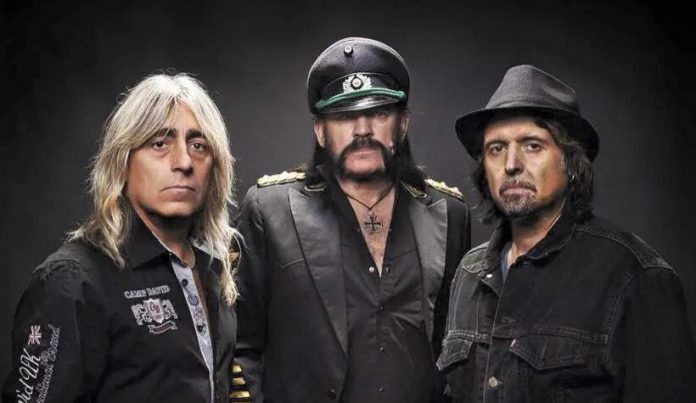 “I was a Seattle punker, and we all listened to AC/DC and Cheap Trick and The Sweet and Montrose, anything that rocked we were down with. But when ‘Ace of Spades’ came out on seven-inch it was like, ‘Holy f**k!’

“It showed us that there was a whole new direction we could go in. I don’t know any rocker for whom this song didn’t change their trajectory and perspective.

“My band Loaded toured Europe with Motorhead and I got to play guitar on stage with them every night which was amazing. Lemmy is God-like.

“I remember being at an awards show in London with my wife Susan, who’s super-hot, and she wore this dress that was super-revealing, to the point that she had to wear a coat over it.

“But Lemmy was there, and I was like, ‘Honey, we have to go and show Lemmy your dress.’

“He was the only guy who got to see her in full, and you could see everything because, you know, he’s Lemmy and you have to pay respects to the godfather.