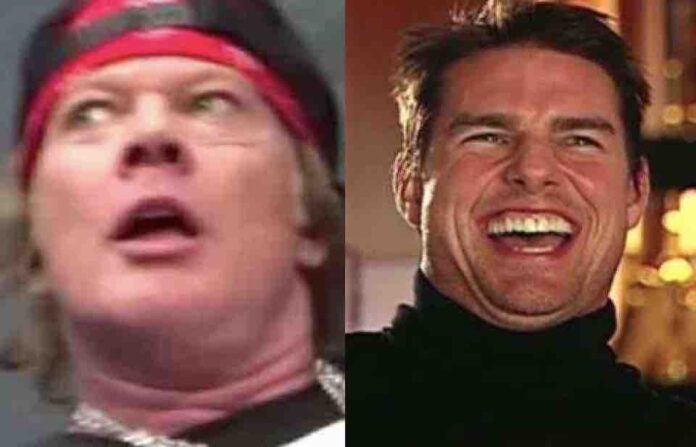 Former Guns N’ Roses manager Alan Niven said GNR initially turned down recording a new song for Tom Cruise and his movie Days of Thunder, as Cruise’s movie was bad and he was insane with his Scientology beliefs.

Niven said in a Louder Sound interview, “Geffen wanted a track from Appetite for the soundtrack of the Tom Cruise movie, Days Of Thunder. I made some phone calls and found that the movie was not that good. I am not a fan of Scientology either. I was also reluctant to overexpose at that time. I told him ‘no’. He, predictably, went ballistic. We screamed down a telephone line at each other. Once my disposition had balanced my thought was ‘he brought us to the dance, so he deserves a twirl.’

I called Axl and told him about the row, and what my thinking was. I suggested we record something other for him. Axl suggested Door. They had been playing it live in memory of Todd Crew  –  who had been working as a bass tech for Duff, and who died of a heroin overdose. I thought that an excellent idea  –  everyone sings Dylan better than Dylan  – especially Axl.”

Guns N’ Roses recorded music for several 90’s hit movies, including Terminator 2, Interview with a Vampire, and End of Days, with Vampire seeing Slash’s last GNR recording before his exit, and End of Days seeing the release of “Oh My God” the first post-Slash GNR recording.