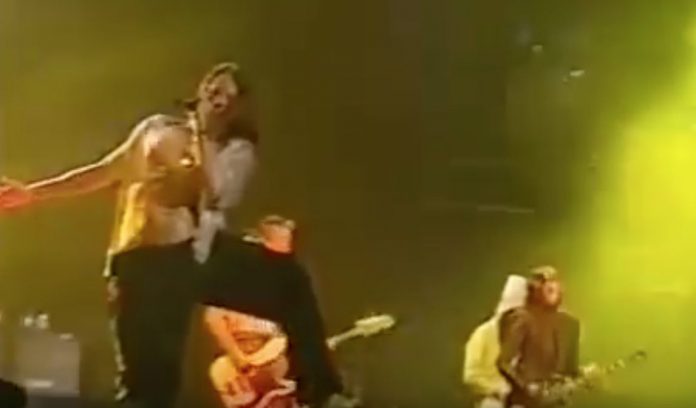 “A really random note about Buckethead, I think fans would think it is funny and maybe Gary would get a kick out of it. Someone told me, I won’t say who, I didn’t include it in my article, but someone told me that Buckethead at that point in the 90’s and 2000’s would drive around in a white van, that was his car, a beaten up van from the 70’s or 80’s.

Supposedly, I don’t know if this is true but it’s what I was told, in the [passenger’s] seat he would have a dummy or a mannequin of a girl, and her throat was slit, and there was blood all over the girl’s body, and he would just put the seatbelt on her and drive around with her and use the carpool lane.”

“Buckethead was an absolutely emotionless person,” says Tom Zutaut in Tavana’s Billboard piece. “The only thing that allowed him feel emotion was having things cut up and bleeding around him, so he’d cut the heads off rubber chickens and hang them around the studio.” Chinese Democracy had a sociopathic tinge to it that made it an album that could become a character in a Bret Easton Ellis novel, not something to head-bang to; the perplexing irony being that Axl Rose previewed Chinese Democracy at a Vegas strip club in 2003.