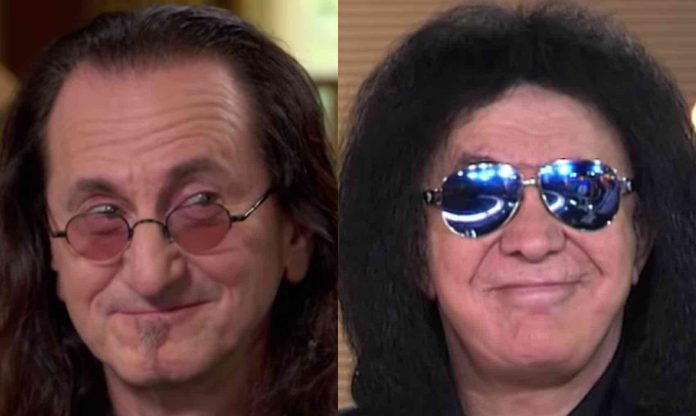 Rush bassist/vocalist Geddy Lee once again confirmed that Rush are retired from recording and touring in a new Canadian Press interview. He also mocked the concept of KISS doing another farewell tour.

Lee said he was unsure that what ended up being Rush’s final show on August 1, 2015 at the Forum in Los Angeles would be their last performance together. The show wrapped up the band’s 40th anniversary tour.

“I don’t think, in our heart of hearts, we believed it was the end, even though it did turn out to be the end,” he said. “Maybe we would have served our fans better if we had just accepted that reality, that, ‘Yeah, this is gonna be our last tour,’ and tell everybody. But they sort of had that sense and they came out because of it anyway.”

“I wasn’t really interested in capitalizing on something that may not be true. So it seemed to me much hipper just to go out and play, and if it’s the end, then it’s the end. Whereas I hear KISS are doing their first farewell tour,” he laughed, appearing to reference KISS’ upcoming ‘End Of The Road’ tour, which is not the first farewell tour the band has done.

Ace Frehley, who isn’t part of the latest KISS farewell tour, discussed reuniting with the band on the recent ‘KISS Kruise’ during a Q&A at last month’s New Jersey Kiss Expo in Parsippany, New Jersey. Frehley was asked if he had fun on the cruise and would do another in the future.

“At the last minute, Doc [McGhee, KISS manager] came into my cabin and said, ‘Do you wanna do that acoustic set with the guys?’, which was the first show on the cruise. So it was really haphazard. We threw it together. They said, ‘What songs do you wanna play?’ Then they handed me this guitar that really had heavy-gauge strings on. I said, ‘Could you put lighter-gauge strings on, so I can maybe play a little lead?’ So they switched the strings, but it was still really hard to play lead on that acoustic. And then, after that, I didn’t see the guys for the rest of the cruise.”

Frehley said he, like his former bandmate, had to hide in his quarters on the cruise.

“I have to hide too. It was tough for me to walk around the boat. But I had fun playing with my band.”