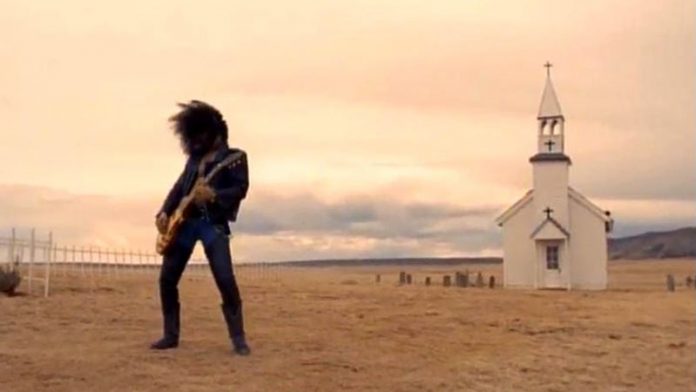 In a new Daily Record interview, Guns N’ Roses guitarist Slash discussed AC/DC guitarist Angus Young, and why the surprising truth about his legacy is that he’s not just an Austrlian icon, but a Scottish guitar icon, with his trademark schoolboy outfit playing a role in that status. Slash himself is no stranger to an iconic onstage look, as the top hat has become synonymous with the Guns N’ Roses and Velvet Revolver legend.

“Most people see him as an Australian. I love that Scotland sees him as a Scottish guitar legend.”

“My interest in AC/DC came a little later. When I first picked up the guitar, it was the big five – Hendrix, Eric Clapton, Jimmy Page, Jeff Buck, and Mick Taylor from The Rolling Stones. Then I got into Aerosmith and Joe Perry. They turned me onto AC/DC. I got into Angus and his brother Malcolm.”

As well as songs you wrote together, you dig into Slash’s history. What’s your favourite of those songs?

“Slash’s back catalogue is stacked full of great tracks. I will say the songs off of [Guns N’ Roses’] Appetite For Destruction always trigger something in me. When you take into consideration how young they all were when they wrote those tracks and did that album, it’s kind of mind-blowing.”

The UK has always been very positive about this band – how does it feel to have that backing?

“I remember the first time that we played Download Festival back in 2010 – it’s one of the fondest memories I have of this project. None of us knew what to expect, but we were overwhelmed with the response from the audience that day. It was definitely an indication of what the future had in store for us in the UK. It’s awesome to know the UK continues to get behind what we do.”