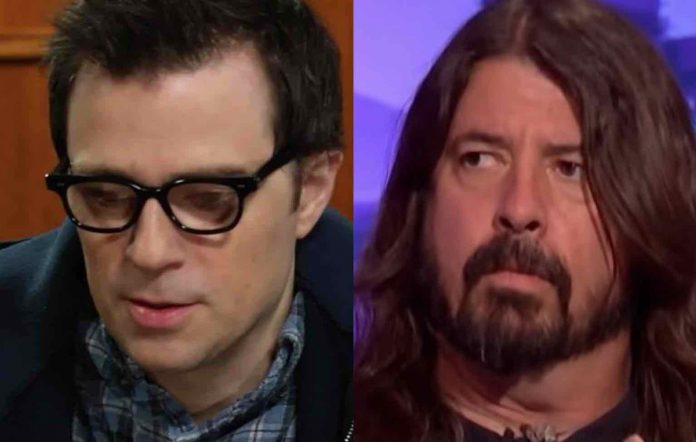 Foo Fighters and Weezer are finally teaming up again after their 2005 ‘Foozer’ co-headlining tour and some Austrlian tour dates a couple of years ago, as they are set to perform together at Rock in Rio in September. Red Hot Chili Peppers will also play at Rock in Rio.

“I don’t think they think of us as rivals because they’re 10 times bigger than us, but that’s how I feel because we came up at the same time and they put their pedal to the metal, became gigantic, and now we’re opening for them on their [Australian] stadium tour.”

Adding, “It’s all good, because they’re obviously amazing and we love the music.”

Dishing details on how the tour came together, Rivers also recalled the moment he received a phone call from Foos frontman Dave Grohl, “We were about to sign off on our own New Zealand and Australia tour. And they gave us a call and were like ‘Do you wanna come with us?’ We were like ‘Damn, stadiums? Where do I sign? Let’s do this’.”