Guns N’Roses are currently sweeping through Europe with alarming rate and fantastic reviews as the trio of Axl Rose, Slash and Duff McKagan are making their mark on Europe for the first time together since 1993.

Ever since the ‘Not In This Lifetime’ tour was announced at the beginning of 2016, Europe has waited for a tour. It took 13 months but from the evidence of recent shows it has been worth the wait. The band kicked off their European tour at the end of May at Slane Castle in Ireland, almost 25 years to the day that they last played the historic venue. In front of 80,000 fans the band ran through 9 songs from their classic debut album ‘Appetite From Destruction’. ‘Coma’ was played for the first time ever in Europe and even songs such as ‘Rocket Queen’ and ‘Out Ta Get Me’ had not been played live with the trio on stage in Europe since the 1980’s.

One of the major surprises was when the band covered Soundgarden’s classic ‘Black Hole Sun’ in tribute to Chris Cornell which has currently featured in every one of their European shows. Though the band are well known to include covers in their set list ranging from Bob Dylan’s classic ‘Knockin’ On Heaven’s Door’ to The Who’s ‘The Seeker’, this was the first time that GN’R had covered a song by a band from recent times.

The band have already played a couple of shows in Spain and Portugal and their next show will be in Switzerland. After the European tour the band will head back to the States including shows in South America before possibly wrapping up one of the most successful rock n’ roll tours at the Forum in Los Angeles on November 25th. 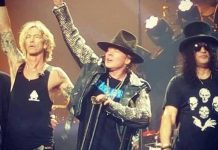 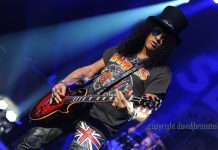 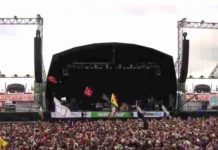 Why Is Rock More Successful In Europe Than America?