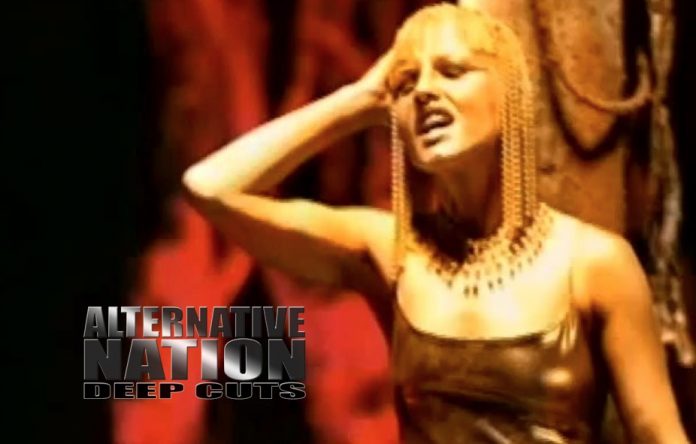 It is never easy to accept the loss of a great musical talent. Without question, the recent tragic loss of Dolores O’Riordan, lead singer of Irish rock legends, The Cranberries stings. Through seven albums and most recently 2017’s, Something Else, O’Riordan and company firmly established themselves as a rock tour de force of rock and alternative music. Often times when omeone passes away, you can’t hep but find yourself looking in the rear-view mirror. When you look at The Cranberries career as a whole, you find no shortage of hit singles, gold and platinum albums and a plethora of singles beloved both in their native Ireland and abroad. But if you could zero in on just one moment. Juts one- song. It would no doubt be “Zombie”. Not only is “Zombie” the defining moment of the band’s long and storied career, it’s also one of alternative rock’s absolute anthems. Here’s why.

The Cranberries exploded onto the scene in 1993 with their debut album, Everybody Else is Doing it, So Why Can’t We?. The album found itself catapulted into the stratosphere on the legs of the worldwide smash single, “Linger.” For a debut album, the stats were pretty impressive. Certified an insane five times platinum by the RIAA, the amount of worldwide success was nothing short of jaw-dropping. “Linger” continues to receive heavy airplay to this day as well as show up from time to time on the big screen’ most notably in Adam Sandler’s Click.

When O’Riordan and the boys came back a mere sixteen months later with their sophomore ‘album, No Need to Argue. “My God. What the hell is this!?” That’s how I like to remember the first time I saw the music video for “Zombie” on a Saturday morning on MTV. Now, I was nine years old so I’m not sure if that’s exactly how it went down. But still. I can remember the day clearly. Strangely enough, when my parents drove me to my intermural basketball game later that afternoon, I heard it on the radio. And again, I was mystified.

With the exception of “Buddy Holly” by Weezer, no song of that era brings me back to that time in my life like “Zombie”. It was the beginning of my lifelong love affair of music and even more, alternative rock. If you were prompted to create the ultimate rock song, “Zombie” would the blueprint. The clear, crisp jangling guitars sound welcoming, if not a little misleading. Then, like thunderous roars from the gods, that pounding lead in on the snare before BOOM! That crunch. Take Nirvana. Take Weezer. Take The Pixies. None of those alt-rock giants had that kind of crunch.

The song perfectly executes the quiet verse- loud chorus dynamic. A wildly, often overlooked attribute of alternative rock is a punchy, high treble bassline. See The Offspring. See Green Day. See Better Than Ezra. At a time when everybody and their mother was slapping and popping their way to being second best to Flea, The Cranberries played to their strengths. They weren’t out to be a knockoff of another band. They insisted on being genuine, original innovators, crafting their own place in the ethos of alternative rock.  But for all the crunch of the guitars and the punch of the bass, it all paled in comparison to the voice of Dolores O’Riordan.

That last statement is not a slight to the musical capabilities of The Cranberries because, just listen. They are masters of the craft. But O’Riordan’s voice is just in a league all its own. She makes no effort to hide her accent. In fact, it adds a richness and character to her voice that too often is lacking from vocalists. In the song’s chorus, this is where it all comes together with the repetition of “Zombie”. On the verge of almost yodeling, O’Riordan lays it all out on the table. Beautifully. Uncompromising and unrelenting. O’Riordan sinks her hooks into you and holds you hostage with her breathtaking vocal onslaught.

Years from now, when alternative rock is just a distant memory from a time long forgotten, certain songs will remain. “Zombie” will forever live on as a true classic moment from a truly classic era of music. Not before or since has a band hit on a moment and absolutely capitalized like The Cranberries did with “Zombie”. Losing Dolores O’Riordan at such a young age is truly heartbreaking. But thankfully we will always have her music to remember her by. Thank you for giving us alternative rock’s true masterpiece!