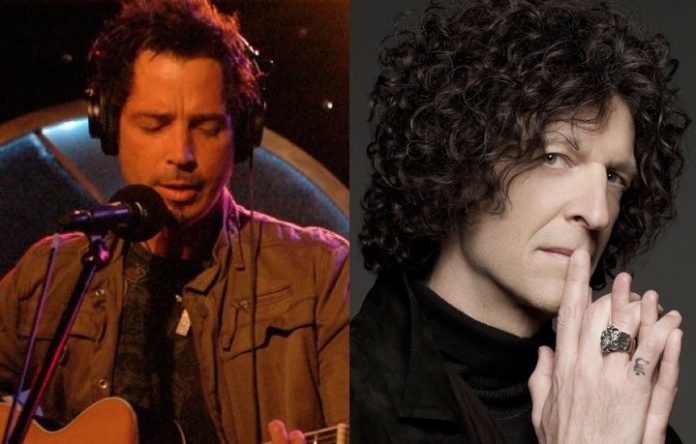 Howard Stern and Robin Quivers discussed Chris and Toni Cornell’s newly released cover of Prince’s “Nothing Compares 2 U” on Monday. The song was recorded shortly before Chris Cornell’s death.

Robin started her news with some Father’s Day stories. Robin said Chris Cornell died by suicide and left behind a wife and and at least one daughter (Cornell left behind two daughters and a son). Robin said the 13 year-old daughter commemorated this Father’s Day by releasing a cover of ”Nothing Compares 2 U” where the two of them did a duet.

Howard said this is sad. He said it’s very touching. He let the song play though. He said that’s beautiful. He said that kid can sing too. He said Fred should record a song with his daughter. Fred laughed and said he’ll see if he can coax her into it.

Robin read more about what Chris’ daughter Toni wrote about her dad on father’s day. Howard did a live commercial read and took a break after that.

Vicky Cornell wrote about the cover, “Just a few months before our lives would change forever this song was recorded. I’m so proud of our baby for having the courage to share it . Nothing compares to you my love. Happy Father’s Day wishing you were here….. ”

Toni said, “Daddy, I love you and miss you so much. You were the best father anyone could ask for. Our relationship was so special, and you were always there for me. You gave me courage when I didn’t have any. You believed in me when I didn’t. I miss your love everyday. Recording this song with you was a special and amazing experience I wish I could repeat 100 times over and I know you would too. Happy Father’s Day daddy, nothing compares to you.”