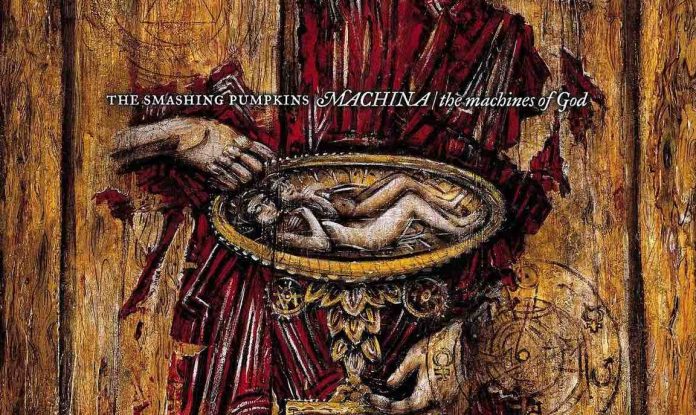 During recent Instagram story Q&A’s, Billy Corgan has detailed the band’s plans to reissue the MACHINA albums, originally released in 2000. The reissue will be a box set featuring the two albums as the double album they were originally intended to be. There will be brand new artwork. Corgan also revealed that James Iha and himself played all bass on the records, despite D’arcy Wretzky receiving credit and even being shipped a Gold record. Wretzky left the band as the album was being made. Below are highlights Alternative Nation got from Corgan’s recent Instagram Q&A’s.

Will the SP ever put out another box set? Love The Airplane Flies High.

“Machina box is next.”

With all the talk of the Machina reissue will there be a MII reissue as well or will it be one huge reissue?

“The albums will be released together as originally conceived.”

Does “With Every Light” stand out to you amongst Machina songs?

“I go back and forth on it. A personal fave but I’m not sure it’s a great song.”

Age of Innocence, one of your finest songs. Would you agree?

“Yes. But not fit for Machina sequence according to the know it all who put together 1+2.”

Will the MACHINA reissue reveal the Machina mystery?

“Yes. I will explain everything.”

What was your main inspiration for the Machina album?

“Christ consciousness and the disassembly of what I’d once believed in.”

Did you and James handle bass on Machina? Or was it Melissa?

“All bass on Machina was JI or BC.”

Why are the choruses on the whole Machina album kick ass!?!?

Machina 2 sounds raw and cool and almost unfinished. What happened?

“It was unfinished. And also cold outside. Plus, the album had given up meat and …”

Will the Machina box use MI, MII artwork or some form of lovely combination of both?

“I will commission all new works. Nothing of old stuff.”

Will Machina 2 ever come to streaming services?