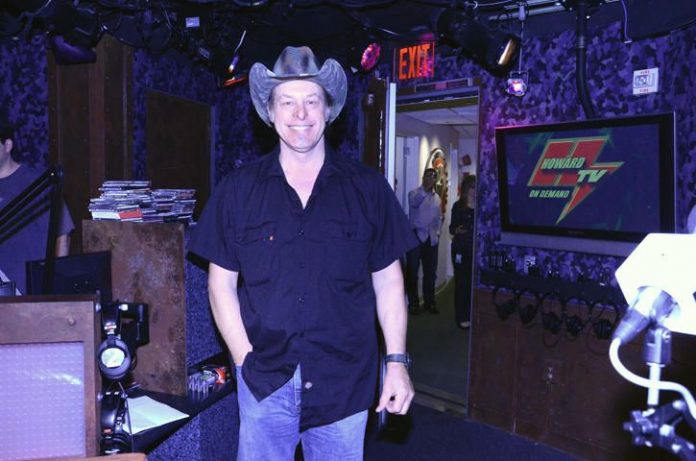 Ted Nugent recently launched some shots at Howard Stern. He had some harsh words on Stern while he spoke about the controversy stirred up involving UFC commentator Joe Rogan. It was noted how Spotify lost a whopping amount of $4 billion in market value after rock icon Neil Young called out the company for allowing Joe Rogan to use its service to spread misinformation about the vaccine on his popular podcast, “The Joe Rogan Experience.”

Rogan was also previously involved in a controversy as he had promoted the concept of taking deworming medication Ivermectin to treat the virus, without providing any medical evidence supporting it. Due to Rogan’s controversial stances many artists such as Neil Young, Crosby, Stills, and Nash, India. Arie, Joni Mitchell, among others have either asked to remove their material from Spotify or completely done so entirely.

Ted during the latest edition of “The Nightly Nuge”, a news-style clip in which Ted offers his take on the news of the music world. It was noted that he has been a guest on Joe’s show three times and he has taken some wild shots at Stern. He said: “I was on Howard Stern’s radio show going back to the ’70s and I’ve watched him turn into an isolated jackass not really respecting alternative points of view and presuming and falsely accusing me, for example.”

He added: “So, where I’ve had a good time with people like Howard Stern, who’s a powerful force in the media, but he was never a journalist, he was never a truth seeker. And Joe Rogan has accomplished that with much aplomb, dare I say.”

This is not the first time Nugent has been critical of Stern. Back in January 2014, Ted took to his Facebook page to write in a since-deleted post where he hailed Howard Stern as “a punk-ass liar” and accused him of making absurd claims about him.