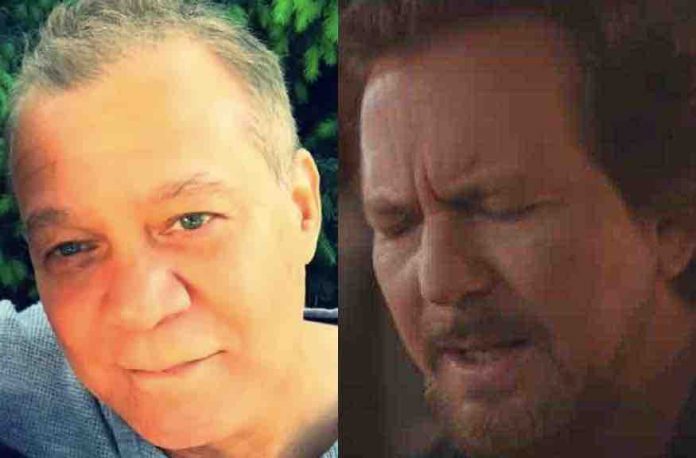 Wolfgang Van Halen, the son of legendary Eddie Van Halen, recently joined in for a conversation with Jeremy White. Previously, Eddie Van Halen’s last relapse before his death was revealed. Wolfgang spoke about the evolution of Eddie’s tone in music. He also remembered what ended up being the last time Pearl Jam’s Mike McCready and Eddie Vedder came to a Van Halen show and discussed the band’s early recordings.

Here is what Wolfgang could recall about the show where the Pearl Jam members made their presence felt:

“I’ll never forget when Eddie Vedder and Mike McCready came to a show. And Mike was like, you know, I, you know, that first album was so important to me. And dad was like, ‘Ah, the guitar sounded like shit.’ And you could see him, like, break. [laguhs] Dad’s taste just changed over the years. And he was always a tone chaser.”

During the conversation, he also discussed how he collaborated with David Lee Roth on the album:

“The only really creative collaboration was during ‘Stay Frosty.’ Throughout the rest of it, it was very much a… We’d go in the morning and record and he’d go in at night to record his stuff. But ‘Stay Frosty’ was the big question mark that I kind of puzzle pieced the song structure of it. It was a demo that Dave had and that was really fun.”

Last year in June, Wolfgang Van Halen released the debut album under his Mammoth WVH title. He is currently promoting this record and is on tour sharing a bill with L.A. band Dirty Honey.

Pearl Jam fans are starting to voice their opinions over the latest Eddie Vedder solo album, Earthling which came out on February 11th. Over on the official Pearl Jam subreddit, one user named chernobylzard talked about how one track had a certain Chris Cornell influence to it as the user stated: “I don’t know about you guys, but every time I hear that main hook riff in Brother in the Cloud, I always feel like its something you would hear Chris Cornell sing over. It stood out to me the first time I listened, can’t really explain it but it’s almost like it sounds like him if that makes sense.”