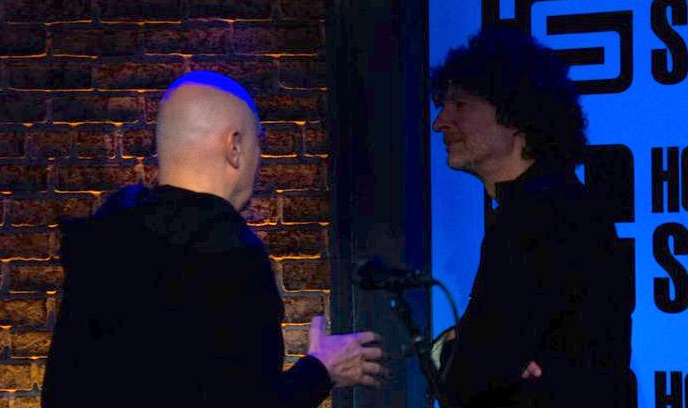 Howard Stern discussed The Smashing Pumpkins not being in the Rock and Roll Hall of Fame during an episode of his show this week.

Apples asked Howard about the shape shifter story that Billy Corgan told him and if he feels scared now. Howard said he doesn’t feel any different than he did before. HE said he was wondering what the fuck was wrong with Billy. He said he likes that guy.

Apples said when he did that song it took him right back. Howard said he’s upset that he’s not in the Rock & Roll Hall of Fame. HE said they should be in. He said he loves Jann Wenner and Rolling Stone magazine. He said he respects what Jann has done but he’s deciding who is in the Hall of Fame. He said Bon Jovi was left out for all these years and the Moody Blues were left out. He said Billy Corgan is one of the best songwriters on the planet. He said he didn’t just have one hit and went away. He said he was a major force in music. HE said he has to get out of this conversation. HE hung up on Apples.

Howard said Gary and Jon Hein vote in the Hall of Fame. He said there are no two less deserving people on the planet. Gary said they have nothing to do with who is nominated. He said someone has to nominate them. Howard said they discredit the whole organization be being able to vote. Howard said all he has to do with it is that he listens to music. He said no one is less rock and roll than Jon Hein. He said just take a look at Jon and you’ll see he doesn’t. He said that he’s saying this with peace and love of course.

Howard took a call from a guy who said that it sounded like the band was kind of uneasy and he was pushing some buttons with them. Howard asked if they have put that video up yet. Gary said not yet. Howard said the band looked like they were being held hostage. Robin agreed. Howard said everyone seemed very nervous. He said they had barely talked and they were together for the first time in 17 years. Gary said the performance is up. Howard said go judge for yourself. Howard said he wishes them all luck.