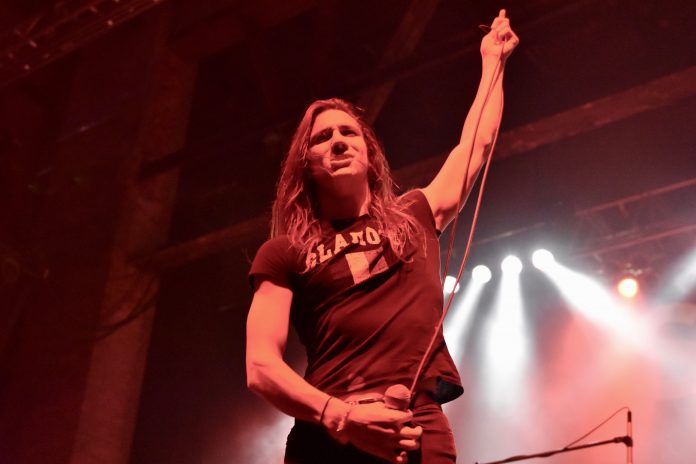 Joyous Wolf, a young rock band from Southern California, opened for Slash on October 9th at the Paramount in New York. One of the only unsigned bands on the bills of Monster Energy rock festivals like Aftershock and Rock on the Range this past year, the band signed to Roadrunner, the same label as Slash and other hard rock bands like Stone Sour and Korn. After recording a catalog of new songs at Sunset Sound Recording Studio in Los Angeles, CA, the band released two singles on September 28th. Check out the tracks here. Joyous Wolf consists of vocalist Nick Reese, Blake Allard on guitar, Greg Braccio on bass, and Robert Sodaro on drums. Lauryn Schaffner attended their show opening for Slash last week and had a chance to sit down and chat with the group afterward. They discuss how Roadrunner came to become their record label, Soundgarden’s influence on them as a group, the Rock & Roll Hall of Fame, and their future plans. Watch the full interview below.