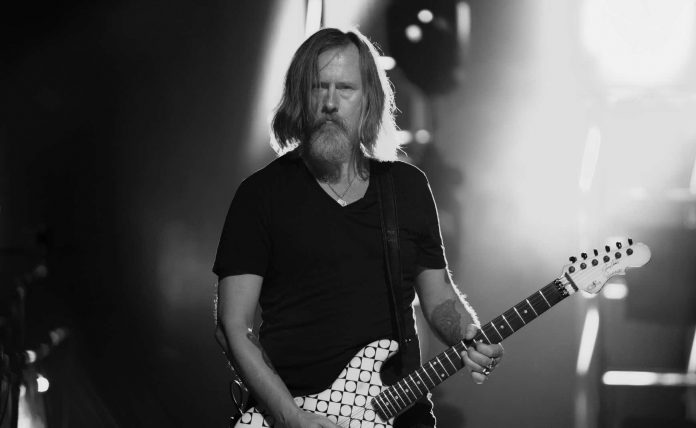 Cantrell told Rolling Stone, “As a fan of Ennio Morricone scores and Sergio Leone movies, it’s got a bit of that outlaw vibe, with a cool psycho hillbilly stomp. It’s been kicking around in my head for like 20-plus years, haunting me. Sometimes it takes a while for a good idea to find its best form. Such was the case with ‘Atone’.”

“‘Madman Across The Water’ is one of my favorite records of all time. Out of respect to Elton, I wouldn’t include it unless he said it was okay. He’d played piano on ‘Black Gives Way To Blue’, which I wrote for Layne [Staley], so I reached out to Elton, he listened to it, and told me ‘You should absolutely use it.’ I got the signoff by the man himself. I couldn’t think of a better way to close the record!”

Cantrell said about 2002’s Degradation Trip, “It’s a record I don’t listen to a lot anymore because of all those things I mentioned,” revealing that he got sober a year after it was recorded. He added: “But it’s a record that’s important to me, and I’ll see Robert and Mike every once in a while and they’re like, ‘We should do some fucking shows, man. Some ‘Degradation Trip’ shows.’ [Laughs] I tell ’em we’ll do it someday.”