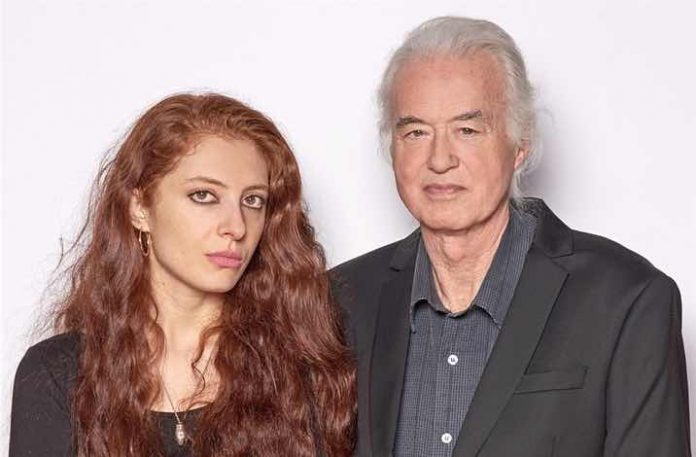 Jimmy Page is iconic not only for what he has done in music, but also for the women that he is able to pull as well. One can only imagine the antics that Page has gotten himself into with women over time. Now, with Jimmy Page’s legacy continuing to this day – longtime girlfriend putting out a spoken word album, the pair are ready to show up and show out.

Recently, Jimmy Page took to Instagram to show off his girlfriend, Scarlett Sabet. Scarlett has been working incredibly hard on her poetry which she is now touring out. The relationship between Jimmy Page and Scarlett was kept quiet for a long while until 2015 when they became publicly exclusive.

With five published works under her belt, Scarlett seems ready and able to start an even greater path for herself outside of Jimmy Page. While Scarlett is extremely talented at what she does, it’s always hard for anyone who is affiliated with someone famous to forge their own path and not be overshadowed by the other person.

While Scarlet is on her own path and doing great at treading it, Jimmy Page helped to collaborate on Scarlett’s newest works.

Via Jimmy Page on Instagram, he took the time to praise his girlfriend for all that she has achieved at such a young at (32).

Jimmy stated: “Scarlett and I had collaborated on the selection of her poems recorded and mixed at Tower House in London. Having had the opportunity of hearing her poems over a period of time, I got to know them very well and wanted to record and produce a project so we could arrive at something quite unique in the realms of ‘the power of the spoken word’.”

It seems that this is just the beginning to a great career for someone as talented as Scarlett.