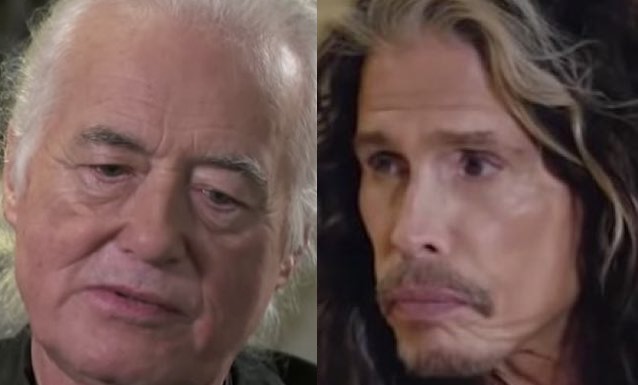 Led Zeppelin guitarist Jimmy Page recently revealed how an Aerosmith member made a bold Red Hot Chili Peppers revelation to him, and now he has detailed playing a gig at a disgusting venue with Steven Tyler and company, and seeing people passed out on the floor.

Page wrote on his social media, “On this day in 1990, I played the Marquee Club with Aerosmith. Following an appearance at Donington, I had agreed and was looking forward to playing the Marquee Club with Aerosmith. This was the third location of this famous blues and rock club, now in Charing Cross Road. The previous location was in Warbour Street, where I played with The Yardbirds and Led Zeppelin, and the original site was in Oxford Street, where I’d been playing in the interval band on the Thursday blues night.

So actually, I got a chance to play all the Marquee locations, but the interior of the Charing Cross Road location appeared to faithfully replicate the Wardour Street site with the cigarette – and beer-stained carpets and people passed out on the floor!

SETLIST:
I Ain’t Got You
Thank About It
Red House
Immigrant Song
Train Kept A-Rollin.”