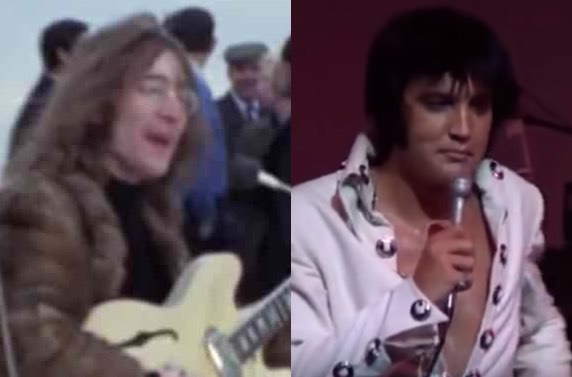 HELP!, 1965⠀ ‘When Help! came out, I was actually crying out for help. Most people think it’s just a fast rock ‘n’ roll song. I didn’t realise it at the time; I just wrote the song because I was commissioned to write it for the movie. But later, I knew I really was crying out for help. So it was my fat Elvis period. You see the movie: he – I – is very fat, very insecure, and he’s completely lost himself. And I am singing about when I was so much younger and all the rest, looking back at how easy it was.'”

Paul McCartney called himself fat and John Lennon as drunk when they met, and he revealed how Lennon hid being drunk and high. You can view a new photo post from Lennon’s Instagram page of a page of a book with the story. A photo John Lennon made for the gay community also recently surfaced. John Lennon had his own weight insecurities, as also seen in a photo below, along with a drinking photo.