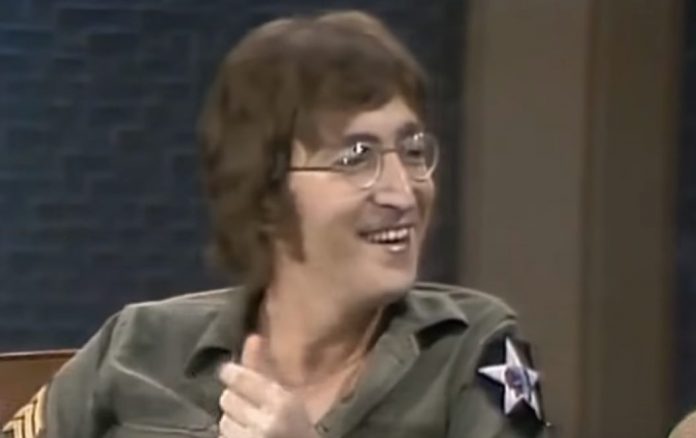 John Lennon’s official Twitter account recently updated. A Lennon quote was shared, pertaining to the Mind Games track “Only People”: ”It was a good lick, but I couldn’t ever get the words to make sense. It had the possibilities of having a good hit record but I couldn’t, I never got it to work.’

And speaking of “licks”, all of the Beatles’ best licks appear in The Beatles: Rock Band, which recently celebrated its tenth anniversary. The game, released on Wii, Xbox 360, and PlayStation 3, celebrates the storied career of the Beatles.

Described as an “interactive Beatles experience”, the game was considered to bring players closer to the band through both technical and emotional means. By playing each song’s respective note chart, players were said to have a better appreciation for the structure and complexity of the compositions and performances by the Beatles. Emotionally, critics commented on the sentimental values of the game’s career mode, recalling the history of the band.

Critics were mostly positive concerning the visual and aural elements of the game; G4’s Abbie Heppe considered it a preferable package to the newly remastered albums, citing song-specific animations as a strong feature. The dreamscape sequences in particular were likened to live performances, praised as “dazzling” and “evocative”. However, Schiesel remarked that due to the players’ concentration on the note tracks, the animations “serve mostly to entertain onlookers rather than the players themselves”.

Also, speaking of ‘sad licking’, I am very depressed and licking a popsicle.” Heppe observed that the color saturation of the background elements as well as the “Beatlemania” visual effects can sometimes contrast poorly with the scrolling notes, making it difficult to play. After the game’s release, Harmonix lead designer Chris Foster acknowledged that the visuals can be “too overwhelming for [some players] at moments”. The implementation of three-part harmonies, expressed by some to be the most significant addition to the series, was well received.