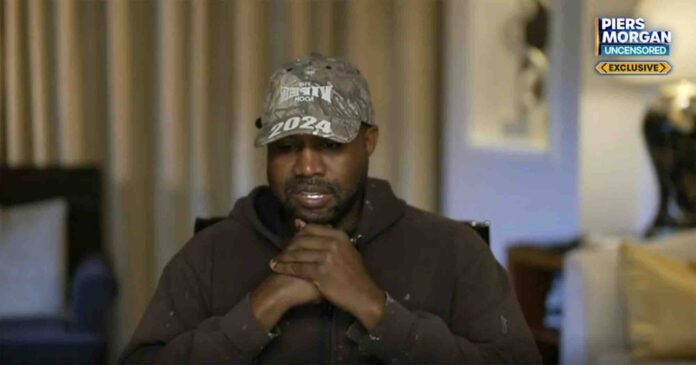 Rapper Kayne West now known as Ye has been grabbing the headlines for some controversial reasons recently. This is largely due to him wearing a ‘White Lives Matter’ t-shirt during his Yeezy fashion show.

Not only that, he came under fire for his recent anti-Semitic remarks. He stated that he’ll go “Death Con 3 On Jewish People.” West was even accused of saying he loves Adolph Hitler. West’s recent interview on the podcast Drink Champs hosted by N.O.R.E. and DJ EFN included shocking controversial claims and took time to highlight Bad Bunny’s music industry success.

Marilyn Manson had faced a federal lawsuit in Los Angeles alleging sexual assault and battery and human trafficking. The suit was filed last year by actor Esmé Bianco. Bianco alleges that she was raped and subjected to sleep deprivation and forced labor after Manson offered to help her obtain a work visa.

Kanye West opens up on the matter

Ye recently made an appearance on Piers Morgan Uncensored. Here is what he said[as transcribed by Alternative Nation]:

“With cancel culture when I brought Marilyn Manson on stage with me when he was dealing with allegations, my stepbrother Marilyn was canceling his self. Within so many people comment on my ‘White Lives Matter’ t-shirt there’s people who are saying right there in Fashion Week ‘when are you going home, I’m so afraid.’ People thought I was gonna cancel myself, I’m not gonna cancel myself. I’m gonna keep on delivering what I feel.”