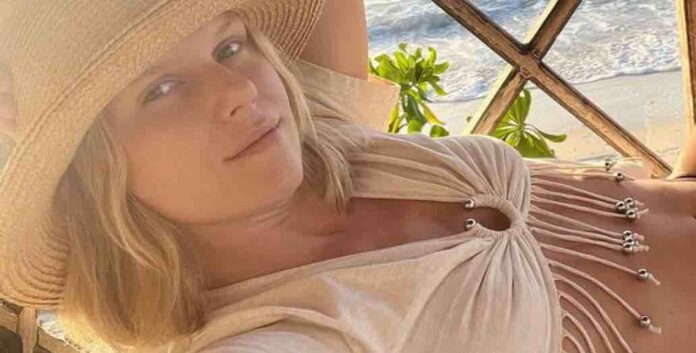 Keith Richards’ daughter is surely his as she has no problem at all soaking up the limelight that comes with being a pure rockstar. In a recent post, she took to the beach to show that she was soaking up the sun and having a great time. Check out the photo below.

When it comes to her dad – what can you give a man that has everything? Famed blues icon, Robert Cray most likely started asking himself this question when he found himself in a hotel room with Keith Richards in St. Louis.

Robert was invited by Keith Richards over to his hotel room as Robert would use his incredible talents to help with the film, “Chuck Berry: Hail! Hail! Rock ‘n’ Roll.”

As reported by AZ Central, Robert said: “We all met and went to Keith’s room, just to get acquainted. And there’s a boombox on the fireplace mantel in his room. So I went over and checked it out and there was this cassette tape. It said, ‘Strong Persuader.’”

What blew him away is that the album wasn’t even released yet.

To which Richards said: “‘I’m a Rolling Stone. I have everything.’”

What makes this not only so odd, but funny is that most people would have completely went off on Richards and accuse him of stealing ideas from the unreleased album. Robert never did and while it’s not certain, one would think that Richards would draw some kind of inspiration from the work.