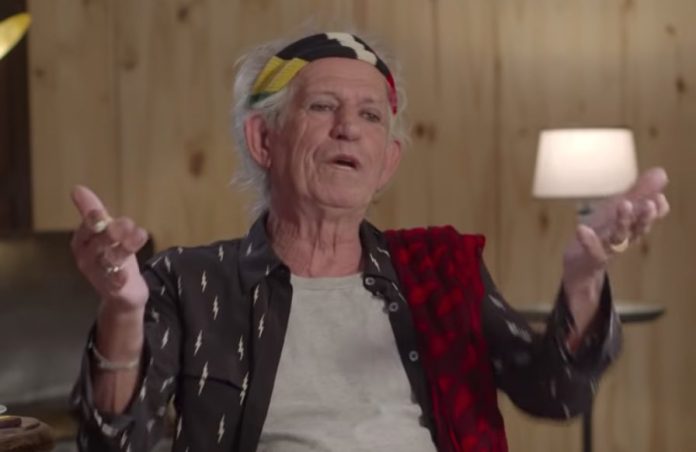 Ahead of their newest tour, The Rolling Stones landed in Spain. The tour, which is called ‘sixty’ will be a celebration of The Rolling Stones’ sixty years together as a band and as a collective unit. Mick Jagger, Ronnie Wood, and Keith Richards landed in style as the group’s private jet landed in the city of Madrid. The Rolling Stones, who recently had a bombshell revealed about them by this A-list group, are due to play on June 1st at Wanda Metropolitano Stadium. However, the aforementioned Richards, who was spotted wearing a hat would shortly reveal a bald head. Pictures of this can be seen below. Credit to Reuters for the following photos.

In other news revolving The Rolling Stones, during a classic interview with Guitar Player, Keith Richards discussed his chemistry with former band member, Mick Taylor. Credit to the outlet for the following.

It was much harder to get a Rolling Stones sound with Mick Taylor. It was much more lead and rhythm, one way or the
other. As fabulous as he is as a lead guitarist, he wasn’t a great rhythm player, so we ended up taking roles. When Brian and I started, it was never like that. It’s much easier than with Brian, personally. But also with Ron, the basic way we play is much more similar, and this isn’t in any way to knock Mick. I mean, he’s a fantastic guitar player. But even if he couldn’t play shit, I’d love the guy. But chemically we didn’t have that flexibility in the band.