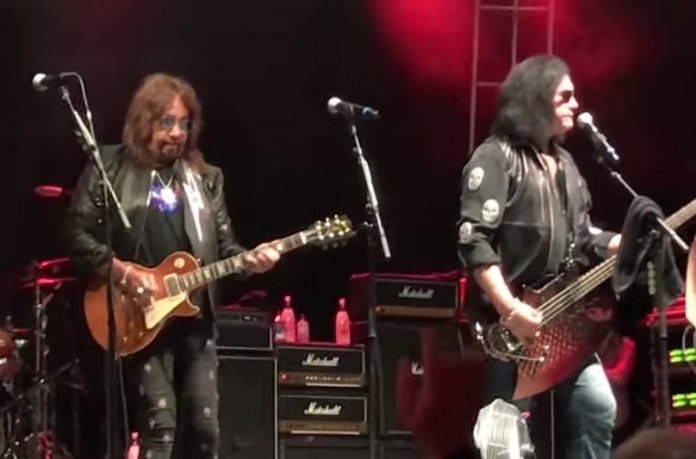 Great show- and yes Ace said he is moving back East and has a new girlfriend who is a personal trainer and is going to get him in shape which he laughed about. Something to that effect. I also spoke about missing the East [Coast] winters/ snow. Saw Fran the Starchild’s tech at the show. And my first thought was also so much for his songs dedicated to his now ex.

We reported earlier in the year that Gordon gave further details regarding these allegations towards Simmons. In an interview earlier this year, Gordon alleged how Simmons propositioned her.

“Yeah, what happened was Gene [Simmons] touched me, said things in my ear, propositioned me and was inappropriate to me several times. The main thing that I think we are all aware of right now is what Ace addressed, at the Capitol building. It was industry people and I at this very second don’t know the date of it. It happened a year, two years ago. Ace was asked to go to the Capitol building in Los Angeles for an entire day and into the evening. This was to help Gene with his vault thing that he does, sell the vault. We were in there and Gene was always saying something to me, you know? I walked in and he was like, “whoa, can I get you a cocktail or backrub or something?”