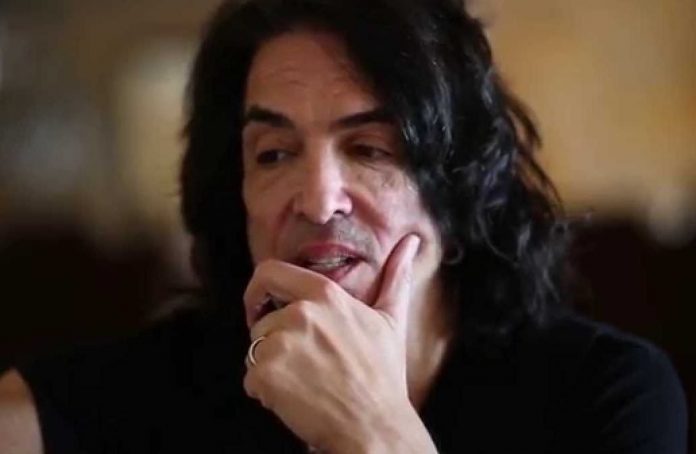 KISS lead guitarist Tommy Thayer recently opened up on the relationship between Gene Simmons and Paul Stanley. He made a revelation about their “big egos.”

Tommy Thayer opens up on Gene Simmons and Paul Stanley

Kiss is moving forward with their extensive “The End of the Road” farewell tour. As performers, musicians, and businessmen, Gene Simmons and Paul Stanley have raised quite a few bars for what being a rock band really means over the past 50 years.

As a result, Paul Stanley and (particularly) Gene Simmons tend to come off as the images of a larger-than-life rock persona. Tommy Thayer recently told 60 Minutes Australia some dark secrets about both the musicians.

“Oh, this is a tough one. Well, they’re so different in so many ways, but then they’re kind of uniquely similar in certain ways as well. I mean, I can’t really get into it, but there’s – I’ll just say one thing, there’s only so much air in the room. And sometimes it takes a personality like me, or Eric to just be there and you know, do what we do…”

However, it has all worked out for the past five decades:

“So I think somehow, the thing that really works with Kiss these days is the chemistry between the personalities, there’s just no doubt about it. And a lot of people don’t realize [how] that’s really important [for] the success and the longevity of a band. You know, you see so many bands; they break up, they hate each other – you’ve seen that all the time. Because of the personalities, this seems to work very well. And I think that’s why the band is so good today.”

“Absolutely. Big egos – but let’s be honest, that’s what it takes to be Gene Simmons and Paul Stanley. I’ve known these guys for almost 40 years now. And I have lots of respect that they’ve given me great opportunities in my life, obviously. And I appreciate it. I mean, they’re not simple, easy to deal with all the time either. Nobody really is. But overall, I couldn’t be happier, and just to be part of this, and be in Kiss and have a great relationship with Gene and Paul for so long.”