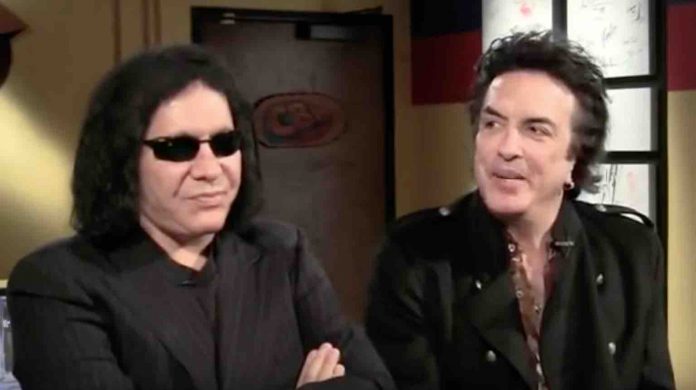 KISS singer/guitarist Paul Stanley has shared a new shirtless photo of himself in a dressing room preparing for an ‘End of the Road’ tour concert.

Stanley remains vastly entertaining in his role as KISS master of ceremonies, going to great lengths to find new ways to familiarize his banter for the crowd in every city with each passing tour.

“Chicago, just in case you didn’t realize it, you’re looking at a band that’s in the Rock and Roll Hall of Fame!” he said following “Deuce,” reminding fans that it took until 2014 for his band to be enshrined. “Now it’s no secret that the Rock and Roll Hall of Fame hates KISS,” said Stanley to laughs from the sold out Chicago crowd. “But they had to listen to you,” he continued, singling out the unparalleled role of the “KISS Army” in the group’s ongoing success.

While there are those who refuse to acknowledge it, KISS has had a profound impact not just on the rock music that’s followed them but even more so on the live concert industry in general.

Fox 6 reports a man with a chronic illness got to meet KISS at a recent show.

A Shorewood teen helped to make her father’s rock-n-roll dream come true. He’s been living with a chronic illness and wanted to meet the band KISS.

FOX6 News first introduced you to Alexandra Hurley in late December 2018, when she started a GoFundMe account. The goal was to raise money so her dad could get meet-and-greet tickets to the KISS concert. Last week, they got the experience of a lifetime.

SIOUX FALLS!!! I’m ready to BRING THE HOUSE DOWN! pic.twitter.com/12TnLEO6ma