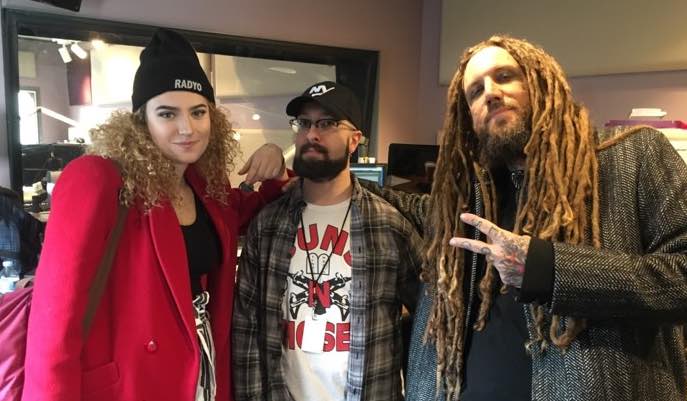 Korn’s Brian “Head” Welch and his daugher Jeanna were recently interviewed by the Appetite for Distortion podcast about their upcoming documentary, Loud Krazy Love, premiering on Showtime December 14th. He praised Linkin Park’s surviving members for what they’re doing about mental health issues after the Chester Bennington tragedy.

What began as a film about Head’s return to Korn, turned out to be a story revolving around father and daughter.

“The creative team had an awakening one day and they’re like, it’s her! This story is about her!” says Head.

The film describes itself as “Far beyond a rock doc, this fearless coming-of-age story grapples with teenage depression, the quest for identity, and the hope of a father willing to do anything for the one he loves.”

20-year-old Jeanna states “People forget that these are real people who struggle, and then throwing this lifestyle on top of it. It’s not helpful,” when asked if it’s hard for those who are in the spotlight struggling with depression.

Her father then said, “I love what Talinda Bennington and the Linkin Park guys are doing for mental health too. Everyone is jumping up trying to do something now because of all the tragedies. So we’re just doing our small part, I hope the movie just adds to that wave of healing that’s coming to the world and rock community.”

Watch the trailer and listen to the interview below.