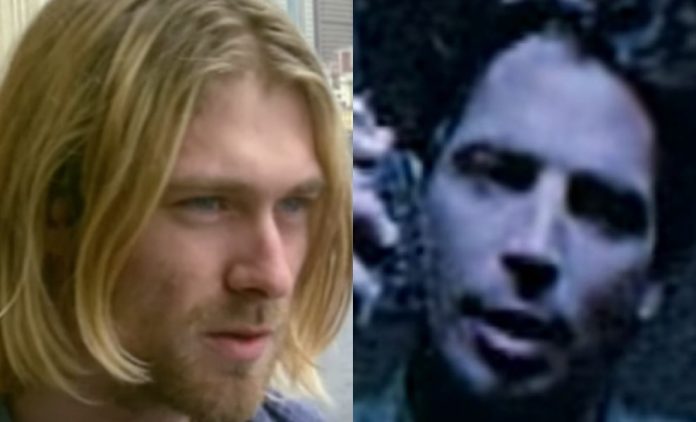 Producer Jack Endino recently talked about late musicians Kurt Cobain and Chris Cornell. He noted that they both were not amazing singers from the start of their careers and had to simplify their playing and focus exclusively on vocals in order to reach their full potential.

Jack Endino opens up on Kurt Cobain and Chris Cornell

Jack Endino, who had produced some of the early ’90s’most iconic releases has been labeled as the “Godfather of Grunge.” As the guitarist of Skin Yard, Endino had already made his contributions to the Seattle scene several years before it went worldwide, Endino, now in the role of a producer, had the unique opportunity of witnessing some of grunge’s greatest’s evolution from their humble beginnings. Endino was one of the first people in the scene to have discovered Nirvana through their early demos.

During a recent interview with Rick Beato, the producer noted how one of the things that caught his attention immediately was Kurt’s vocals (transcribed by Ultimate Guitar):

“Because there’s a lot of bands with great music, great lyrics, good sound, but the singing is kind of an afterthought. It’s like, ‘Well, someone in the band needs to sing. Who is it going to be?’ ‘Well, I guess I’ll do it.’ You know, someone volunteers.

“The singing is always kind of like, ‘Well, we did it because someone has to do it.’ It’s always a pleasant surprise when someone suddenly discover that they are good at it.”

Endino further noted that Kurt Cobain’s decision to play guitar and sing at the same time took away from Nirvana’s potential early on, as his vocals only came into their own after the late icon simplified his strumming patterns. The producer Nirvana was by no means alone in this, and he names Chris Cornell and Soundgarden as another notable example:

“[Most of Seattle’s iconic bands] didn’t start out amazing right from the get-go. Kurt had a really hard time singing and playing at the same time when they started. The first couple Nirvana shows, he was kind of mumbly.

“It took him a couple cycles of songwriting to figure out that he had to simplify his strumming in order to be able to sing more strongly.

“I personally went through the same thing myself. And, you know, Chris Cornell realized that, ‘I can’t be a drummer and do this.’ Chris, when he started was kind of screamy. The early Soundgarden is very screamy and his voice is very raw.

“All of these singers… they didn’t just fall out of the chute as amazing singers. They had to sort of find it and develop it.”