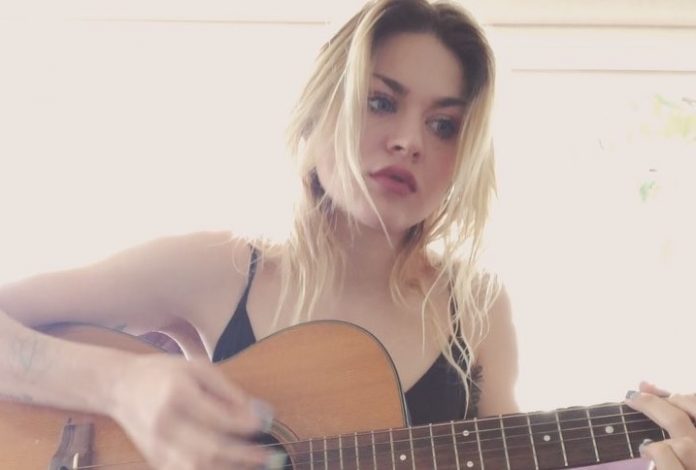 We recently reported that Courtney Love has filed a restraining order against former manager and friend Sam Lufti after alleged harassment. Love and Kurt Cobain’s daughter Frances Bean Cobain is also part of the protective order. Lufti used to manage Britney Spears, and is a defendant with Love in Frances Bean Cobain’s ex-husband Isaiah Silva’s lawsuit that alleges they tried to have him murdered in June 2016 to get back Kurt Cobain’s MTV Unplugged guitar.

The request for the restraining order, a copy of which was obtained by SPIN, details this harassment. In a declaration, Love describes intense verbal abuse by Lutfi via phone calls to her home and cell numbers “at all hours of the day and night,” and via text messages, several of which she attached. “go choke on opiates and die.. no one gives a shit about you,” reads one message. Another text appears to threaten blackmail: “all of your shit is going public Friday morning.. don’t say you weren’t warned.”

Love also cites aggressive comments on her social media profiles that she believes were written by Lutfi alias accounts, and claims Lutfi was monitoring and using her email address without her knowledge until she recently blocked his access. She says she has changed her phone number multiple times, changed her electronic devices (some multiple times), hired home surveillance experts, and added new levels of personal security in response to Lutfi’s conduct. Love says she decided to cut ties this year. “He became a friend over time, and eventually became a trusted adviser,” she says in her declaration. “With the benefit of hindsight, this was a huge mistake.”

Frances Bean Cobain filed her own declarations that describe harassment by Lutfi. Cobain says she attempted to sever all ties with Lutfi last September because he was verbally abusive and, “on a few occasions,” physically abusive. She describes harassing text messages and phone calls that have taken place since then, including threats stating Lutfi possesses “confidential personal information” about her. “I seriously hate you. you are the most destructive and full of shit human being on this planet … you’re a con artist destructive little junkie liar,” reads one attached message. Cobain says she has moved to a confidential location “to remain safe from Mr. Lutfi” and has blocked at least eight phone numbers associated with him. She also blocked him on social media but believes he has continued to comment on her Instagram through aliases, including two comments describing her as a “sociopath” posted on December 8th.