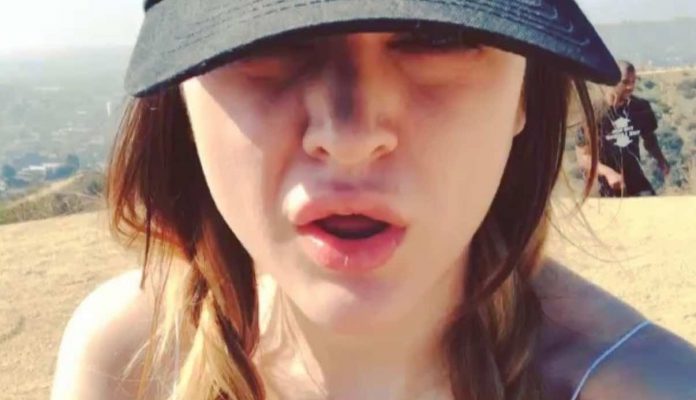 Kurt Cobain and Courtney Love’s daughter Frances Bean Cobain looked great, but a little tired, at the The Brite Spot diner in a new photo, just after attending My Chemical Romance’s reunion show in Los Angeles, where a backside view photo of her was taken. Kurt Cobain’s widow Courtney Love made a disturbing Red Hot Chili Peppers claim a few weeks ago.

Fans discussed the first My Chemical Romance reunion show on Reddit. SugarFreeTechie posted, “I’m still incredibly shook, like not to be sappy but i never thought that i would hear them live and my heart is full – I even made my dad come watch the curtain drop with me! they broke up during a darker time in my life, and them returning when I’m doing so much better is a pretty sweet feeling for me.”

Fencemyassoffanddie commented, “Unpopular opinion, but it kind of sucks to see everything played in a different key. It completely changes the color of the music.”

Mnesiptolema wrote, “All of them sounded absolutely amazing. Sound-quality-wise, that’s got to be one of their best performances. The guitar arrangements sounded a bit different and I absolutely loved it. Gee’s singing and screams were both awesome, probably because he wasn’t absolutely expiring on the mic like he used to. Transposing the songs down was a good move since we finally got WTTBP without altering the final chorus, yippee!

Stage-presence-wise, they all looked very happy to be there – Ray especially was grinning from ear to ear! They were noticeably calmer. Gee seemed like himself, rather than a character, this time around. There were fewer convulsions, collapsing to the ground, etc. and overall it seemed less intense? idk the energy was still amazing!” Green Day just revealed a painful Kurt Cobain bar cover video.