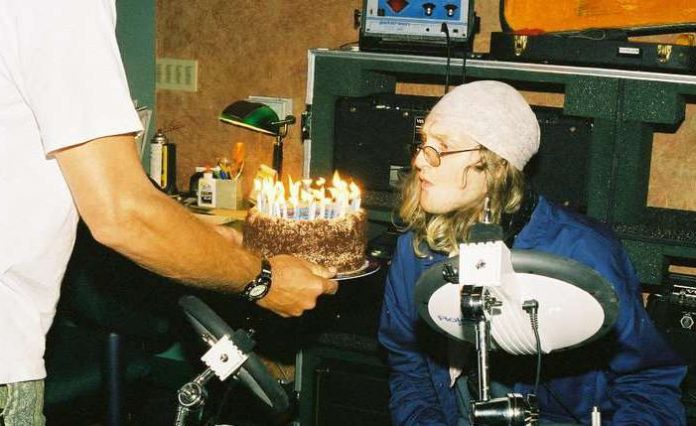 Layne Staley’s Birthday today. I see a lot of posts today and out of respect, will add my memories as well. I lived with him for a short time and then when I moved to a house, he would come over to discuss things and go over vocal warm ups and we recorded a couple songs. He always seemed really interested in the next upcoming trend/band. We went into three studios, recorded three songs and spared no expense. And I still have the early demos of those songs I recorded at the Music Bank on my little four track cassette recorder.

Layne was very shy, polite and would think before speaking. I think a lot was going on in his mind and he was trying to figure out things and just observed others. He went through a partying period that unfortunately would contribute to his death, by way of addiction.

When his very first band broke up, my band was also breaking up / changing members. Much to my shock, he ended up putting a new band together with half of my (previous) band members.

Layne was different than his new band members. He came from the North side of Seattle, and the rest of them came from the South side…He was a more of a loner and introverted. That’s OK for a while until you find out that you HAVE to make music because it’s your JOB. Then if something goes wrong, you have no way out. He chose to self medicate.

In the end, almost no one could contact Layne. He wouldn’t answer the door or take calls. He lived in a condo right smack in front of everyone, in the University District. He weighed 80-some pounds and his health was deteriorating. There were reports that he would go to Toys R Us to buy games and return home, but always by himself.

Maybe fame didn’t give him happiness or maybe something else was troubling him. I never heard Layne speak a bad word about anyone. If there’s anything we can learn, be kind to those that deserve it. Because otherwise, they may feel helpless and slowly die. Like a flower needs water, people need love.