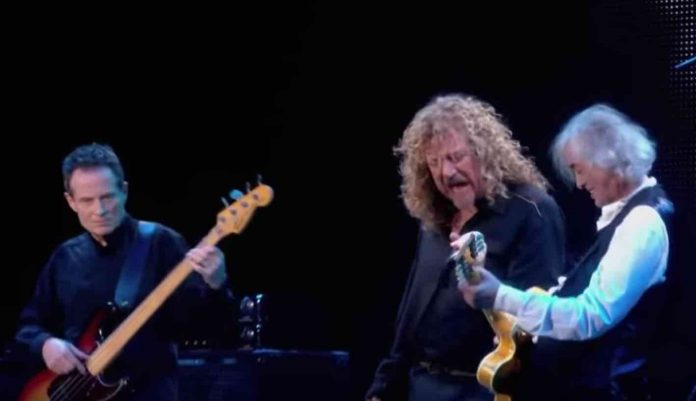 Led Zeppelin frontman Robert Plant recently joined the host Rick Rubin on the latest episode of the “Broken Record” podcast. During the conversation, it was noted how he has played with so many great musicians over the years. He was asked if the nature of playing with Bonham was a particular thing. He was also asked if he was unlike any drummer.

It was during answering the question, Plant recalled how they got caught by the cops after a little thievery.

Robert Plant was caught for thievery

Plant recollected how he played with Bonham in a group called Crawling Kingsnakes. He then revealed at that time he was underage for driving and did not have any driving license. It was noted that Plant had denied Bonham about joining the group as the latter lived far away and Plant believed that they won’t be able to afford that amount of gasoline to travel back and forth.

Thus, they ended up doing theft of fuel from the gas tank and were caught by the cops. Here is what he said:

“Well, yeah, bearing in mind that we started playing together in one of those sprung Maple Leaf dance floors, in a dance hall, when I had a group called Crawling Kingsnakes. And I mean, we were too young to drive. We hadn’t got a driving license, because we were just kids, and he said: ‘You’re okay, but you’d be a lot better if you had the best drummer in the world behind you.’ I said: ‘Yeah, but I already do!’

“And I said: ‘Well, okay, I know that you’re good, but where do you live?’ And he told me, I said: ‘Oh, you can’t join our group, we can’t afford the gasoline to go and pick you up and drop you off.’ So, we did a bit of thievery and I got caught by the police for sucking fuel out of a gas tank one night, just to keep it going.”