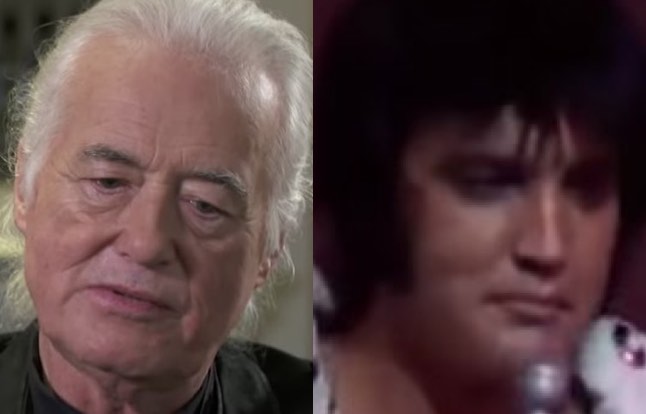 Led Zeppelin and Elvis go together like peanut butter and banana sandwiches. There have been so many artists and bands that have influenced not only Led Zeppelin but just Robert Plant himself when it comes to writing lyrics and singing out those songs that were written down so long ago. Led Zeppelin and Plant were big fans of Elvis. Plant would warm up some of his vocals by singing bits and pieces of The King’s songs.

Robert Plant has lived such a full life that Elvis was still around in the same timeline where Led Zeppelin and Robert Plant were around at the same time with him. In a recent interview with Plant, (which spoke on hidden facts about him) Robert spoke on meeting Elvis which was incredible for him.

The story goes that Plant went with Led Zeppelin to see Elvis performing and they headed to his dressing room after the gig to see the presence of Elvis.

As Robert states: “He was talking to us and he said, ‘Well, how do you get on with sound checks and stuff?’“

Robert states: “Led Zeppelin didn’t do a lot of things like that, but when we did try out new equipment, whenever it might be, I’d want to sing an Elvis song. So he said, ‘Well, what is it?’ And I said it’s a song called Love Me. Which is like ‘Dreaming like a fool, Treat me mean and cruel but love me…’ So we talk about things and say goodnight. We’re walking down the corridor and suddenly I’m hailed, and I turn around and Elvis is swinging out of the room, on the door frame, and does an Elvis to me – which we all do – and starts singing this song. So the two of us are like the ultimate pub singers that night!”