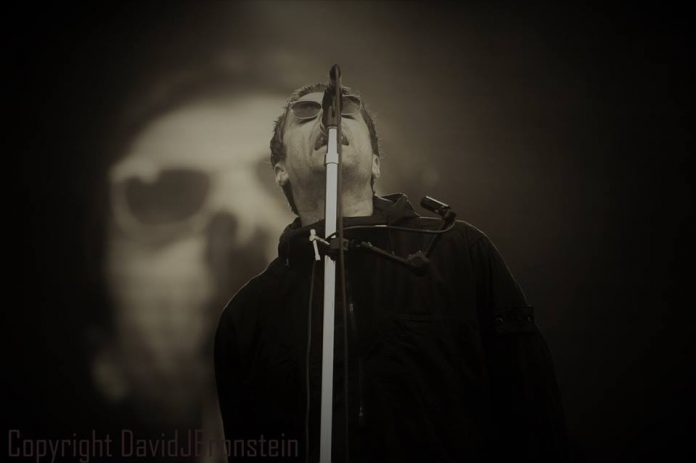 One of the most important music festivals in France, The Main Square Festival which takes place in Arras happened this month and Alternative Nation was there on the Saturday to witness what went down.

The Main Square Arras Festival has established itself as the go to place if you want to catch an array of different bands and has cemented itself as something very unique in the festival calendar. This is a 3 day event and we were here for the Saturday to catch the likes of Depeche Mode and Liam Gallagher.

There is quite an invasion of British bands here and at the time the soccer World Cup was on and most of them were giving shout outs to the England team who were playing that day against Sweden in the quarter finals. But alas whilst a lot of people from different countries come to Arras most in attendance were of course French and the lack of noise each time the bands said “it’s coming home” was deafening, it was an hilarious moment that was repeated during the day, in France they call this a ‘faux pas’ kind of putting your foot in it. And of course we all know who went on to win the World Cup….

Back to music and this bright sunny day opened up with The Courteneers who put on a lively show. At the beginning of the set there seemed to be a hangover from the night before as Queens of the Stone Age had played a blistering headline set, so not many people had turned up to see the opening band on the main stage. However by the end of their set the crowd had doubled up. The band have been together for 12 years and front man Liam Fray was energetic enough to fuel happiness into the crowd which set the festival up for the remainder of the day.

On the smaller stage Black Foxxes deserve a big shout out. They were just brilliant from beginning to end, with so much energy and ambience. If this band ever return to Arras they will, for sure, have every right to be on the main stage. On the same stage later in the day we got Kid Francescoli who were different and unique. A two piece band from Marseille their music was hypnotizing and when their set ends you feel you want them to continue, they were a great addition to the day. Wolf Alice get the festival back to rocking out and the foursome from London do just that. Singer Ellie Rowsell belts out the hits and songs that have made up the bands 8 year existence. Guitarist Joff Oddie and bassist Theo Ellis are full of energy and moves too and you’re pretty much guaranteed a great time with Wolf Alice. One of their amps in keeping with the nature of the World Cup has “its coming home” scrawled across it, now we know that nothing is but this band are one to catch live next time they come through your town.

Back on the smaller stage Basement are playing and whilst their catalogue is full of some great tunes it doesn’t always lend itself to an outdoor festival but they still keep fans happy as the day starts to draw into the evening. They are certainly one of the louder bands today. This is of course a French festival and it’s only right to have some French bands and so it’s welcoming to see BB Brunes who wear their rock status on their hearts. The band are still making it in parts of Europe and the world but in France the band are big news and give a great show here playing their radio friendly hits along with some more obscure tunes. The excitement gets to fever pitch when one half of Oasis is next, in lead singer Liam Gallagher. Coming on to an intro that features Manchester City fans screaming champions in reference to the fact this his club won the English Premier League last season, Gallagher swans onto the stage. There aren’t many genuine rock stars left in this day and age but Gallagher is certainly one of them as him and his band launch into ‘Rock N’Roll Star’. There are as you would expect a plethora of Oasis hits but he isn’t afraid and nor should he be to sing a wealth of material from his own solo record As You Were. Interestingly the crowd are not ‘mad for it’ but really appreciate this British rock legend being at their festival and Gallagher seems happy too saying “You’re not crazy but you are beautiful”. His set is rounded off by the Oasis classics ‘Wonderwall’ and ‘Live Forever’. The day ends with one of the most respected and iconic British bands of all time in Depeche Mode. The band put on a superb show and a professional one for 2 hours cranking out the hits from all of our childhoods. ‘Enjoy the Silence’ and ‘Personal Jesus’ are obvious standouts and they also finish with their pop classic ‘Just Can’t Get Enough’. It’s strange to think that singer Dave Gahan is 56 because he owns the stage like he’s 25, jumping around and interacting with the fans. The sun drops down and their lightshow begins and it is a fitting way to end what has been an absolutely fantastic day in Arras.