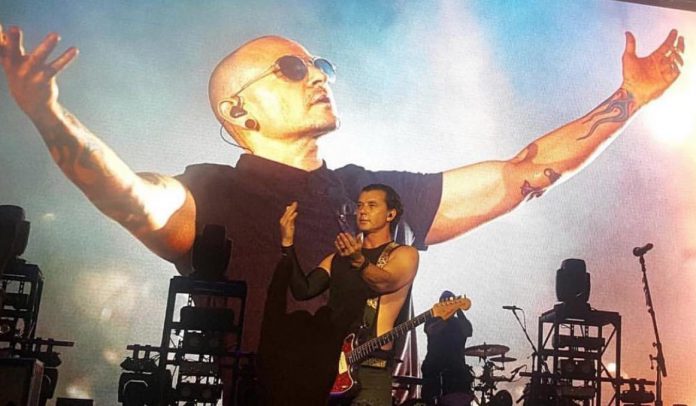 Bush, Stone Temple Pilots, and The Cult recently kicked off the Revolution 3 tour, and at a show in Noblesville, Indiana, Bush honored Chester Bennington, who sang for Stone Temple Pilots and Linkin Park. The one year anniversary of Bennington’s death was a couple of days ago, and his photo was shown before “Glycerine” was performed. STP also dedicated their set to Chester.

Gavin Rossdale said last year, “Very painful because I care so much about, feel for anyone, anyone’s family, any people that are going through someone’s suicide. Chester was a great great guy, huge family, extremely successful, very very talented musician, great singer. He’s one of our own, it’s a community, so I just feel for him so much, the same way I felt for Chris Cornell, contemporaries who I know and respect.

I can’t say [I was] best friends with them, but I certainly respected and loved their bands.”

A moment of applause for Chester Bennington – Bush. pic.twitter.com/ZNg3kvKGCx