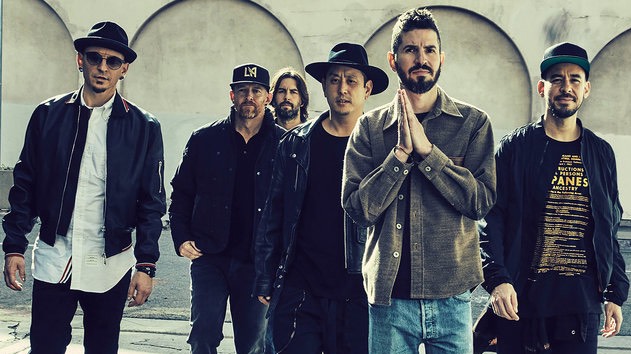 Mike Shinoda shot down the idea of “sinister hands” being involved in the death of his Linkin Park bandmate Chester Bennington in a new “The Blairing Out With Eric Blair Show” interview at this week’s Pop Art Photo Show. Shinoda said that he never questioned the ruling by the authorities that Chester’s death had been a suicide. “No. No,” he said. “I mean, there was a police report done and everything. So, no.”

Asked if he saw any signs of depression in Chester before the singer took his life, Mike said: “Well, he battled with that stuff very publicly since the beginning of our relationship, since we knew him. I mean, it was just something he dealt with for his whole life.”

Mike continued: “I’ve always told people that it’s part of his… The way he coped with those things and the way we, together, brought those subjects into the songs, that’s really the thing people fell in love with. Many of the songs, whether he wrote it about himself or I wrote it about him, and eventually he would sing those lyrics, it really was rooted in all of that really deep substance that was kind of part of who he’s been for as long as I’ve known him.”

“[Depression] was just always there — it was always something he coped with, back and forth,” Mike said. “Some days were good, some days not so good.

“With things like that, what I always tell people is mental health is like your physical health,” Shinoda dded. “If you’re having a day where you wake up and go, ‘My body hurts. My back hurts,’ then what you’ll do is you’ll take it easy that day. If it’s worse, you might talk to a doctor. If it’s worse, you might take medication. And what we need to start doing is thinking of mental health that way — to check in with yourself and say, ‘Oh, I woke up this morning. My body feels fine, but I feel wrong. My mental health is not very good today. So do I need to take it easy today? Do I need to call a doctor today? Do I need to take medication today?’ Those are all things that, over time, I think, we’ll get in the habit of doing.”