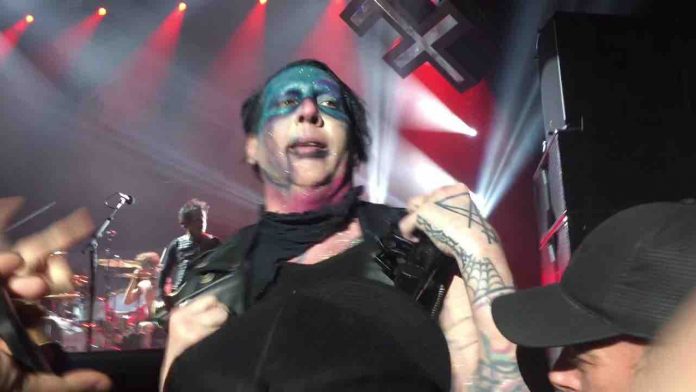 Marilyn Manson could be in major trouble after recent allegations. Evan Rachel Wood has posted a request from the House of Representatives in Florida to have allegations of sexual assault by Brian Warner (Marilyn Manson) be investigated, which could lead to charges and an arrest. Manson has denied sexual abuse claims.

The letter, written by Representative Anna V. Eskamani, is addressed to FBI Director Christopher Wray and acting U.S. Attorney General Monty Wilkinson. Eskamani wrote that she wants an FBI investigation, “I ask that the U.S. Department of Justice meet with the alleged victims immediately and investigate very serious accusations. As a lifelong advocate for survivors of domestic violence and sexual violence.

I have seen first hand the traumatic effects of emotional, psychological and physical control at the hands of an abuser. Victims are often not believed or are threatened to keep quiet, especially in cases where the accused perpetrator is someone of positional power and/or celebrity status. This is why I am imploring you to take action.

These alleged cases against Mr. Warner are from across the nation, but I have also been made aware of victims specifically in Florida and ask you take action to immediately investigate these claims.

Thank you for your time and consideration for prompt action on this matter. I would deeply appreciate any information you may be able to share on the progress of this investigation as you move forward.”