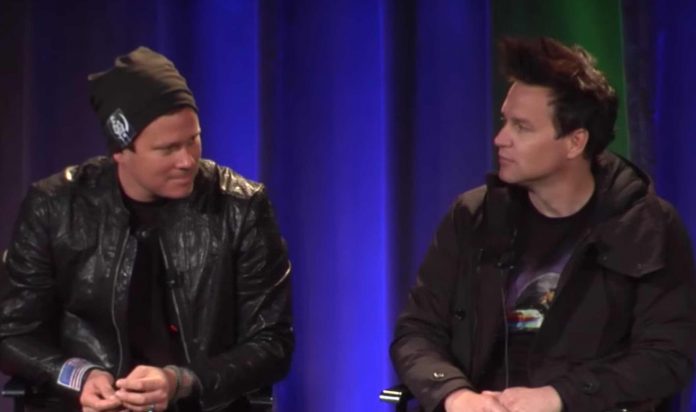 Mark Hoppus discussed his former Blink-182 bandmate Tom DeLonge in a new Pedestrian interview, and indicated there are no plans for him to come back.

I have not spoken to Tom since before ‘California’ came out. So not for a couple of years. But like I said before there’s no bad blood, it’s just we haven’t spoken.

I mean he’s dedicated so much of his life to [UFOs] and so much time and energy researching things and listening to people speak, and talking about it himself, that it would seem like a total bummer if he didn’t get a chance to fly into outer space and see for himself.”

Blink-182 are set to play at the Warped Tour 25th anniversary show in June.

“JUNE 29+30 • ATLANTIC CITY, NJ⁣⠀
Set to a backdrop of sun, sand, and surf, we will celebrate our 25th Anniversary with a special two-day extravaganza on the beach in Atlantic City!⁣⠀
⁣🎟 tickets on sale now⁣⠀
ℹ vanswarpedtour.com⁣.”