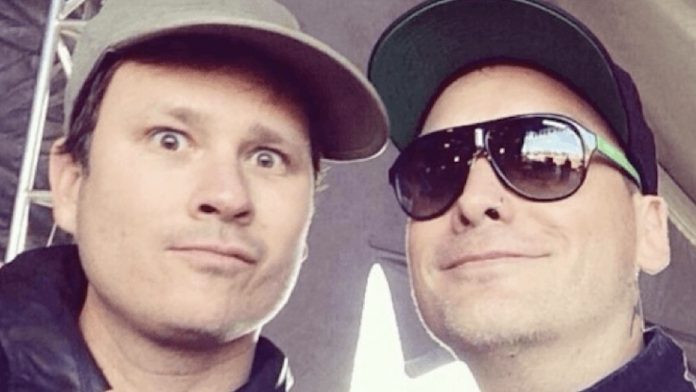 Blink-182 singer/guitarist Matt Skiba recently hinted at collaborating with the band’s former member Tom DeLonge, who he replaced in 2015. Skiba could just be having fun with the fan who asked about the possibility though, we will have to wait and see.

You can check out the screengrab of the conversation below:

Mark Hoppus recently recovered from cancer, and revealed that he, Travis Barker, and Tom DeLonge met up together in 2021 for the first time in over 6 years after DeLonge’s Blink-182 departure. Hoppus has teased a reunion with DeLonge, and the possibility of a lineup including DeLonge and Matt Skiba. Blink-182 last toured in 2019 with the Skiba lineup, with the last shows with DeLonge taking place in 2014. Tom DeLonge has focused recently on reviving Angels and Airwaves with a new album and tour.

Ezra Koenig was a guest on a new episode of Mark Hoppus’ After School Radio on Apple Music Hits. During the interview, Koenig discussed Vampire Weekend’s forthcoming fifth album. “It is crazy that it’s been three years,” Koenig said, referring to May 2019’s Father of the Bride. “I mean, about a year and a half of it doesn’t count because of COVID.” He continued:

But, yeah, we’ve been working on music and, yeah, we were just recording in England for a while, now back in L.A., working with everybody, and, yeah, I mean, I think we’re… I’m always hesitant to…. Sometimes I oversell how close we are with the record because who really knows? But we almost have an album’s worth of songs. And, as you well know, you could tinker with a song forever; change the arrangement, change the lyrics, whatever. But, in that sense we’re close. I have no idea how long it’ll take to finish, but we’re feeling really good about the new material. So, yeah, a lot of studio time to come after the holidays.