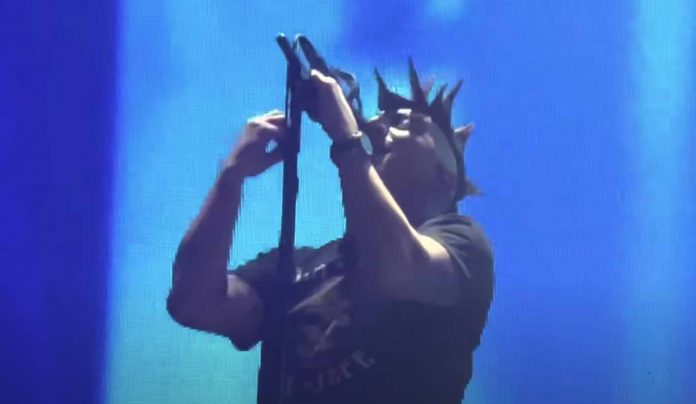 Tool fans have wintessed some unforgettable moments during the shows over the years.  One of the fans on Reddit, EatTheVegetables recently looked back at the time when Tool frontman Maynard James Keenan attacked a fan, who interrupted him on stage during a concert.

The band was going to perform at the well-known Astoria Theater in 1997, and in comparison to their previous sets, their new sound was more challenging and controversial. This clearly angered a fan who decided to climb the stage and interrupt Tool’s musings while playing ‘Pushit.’

Maynard is a successful producer, actor, winemaker, military veteran, and renowned practitioner of Brazilian jiu-jitsu. Maynard was singing Pushit and in the middle of the song “a guy gets on stage and looks for a hug and Maynard fakes the hug and then Judo throws the guy straight into a rear naked choke and finishes singing the song without missing a note” He fan noted how “that was awesome.”

GusTheGreat98 “My favorite part has to be when the second guy jumps onto the stage like he did not see what just happened to the first, then the security coming out of nowhere and pushing him back into the crowd. At that point security was no longer protecting the band, they were protecting the audience from Maynard”

Deradius wrote, “This is always what security is doing at every Tool show. Protecting the audience from Maynard.”

ComeFromTheWater praised the move and wrote, “That was a picture perfect hip throw. He faked the hug so he could get the underhook.”

Another believes the moment was staged, bacon-bourbons wrote, “Wow, this has to be staged? One fan, FthrFlffyBttm replied, “Doesn’t really seem out of character for Maynard. I think it’d be more surprising to find out they went through the effort to stage this.”