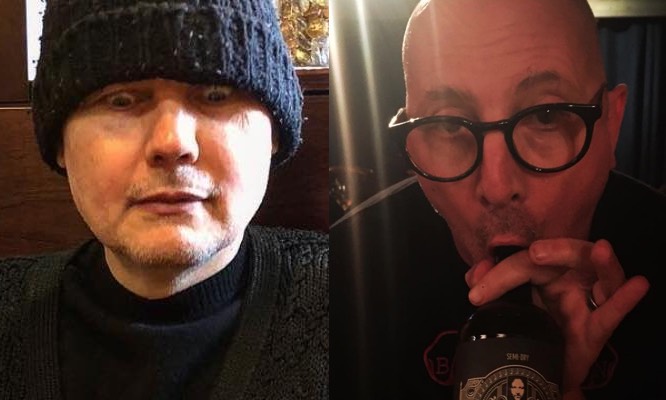 A Perfect Circle recently announced that James Iha would be taking a break from touring with the band as he focuses on The Smashing Pumpkins’ Shiny and Oh So Bright tour, which sees original members Billy Corgan, James Iha, and Jimmy Chamberlin reunite without D’arcy Wretzky. During a recent Facebook Q&A, Maynard James Keenan said that he is excited to see the Pumpkins play with Iha.

“We lost James to Smashing Pumpkins, which is great because now we get to see the Smashing Pumpkins play with James Iha. Sadly he’s not with us, because we really enjoy his awful Dad jokes. Now we have Greg Edwards (Failure/Autolux) filling in, fantastic player and one of my best friends, that’s nice.”

“Let’s just say we lost track of time,” says Keenan, though he was busy with Tool and Puscifer albums and tours during this period, and running his beloved vineyard.

“But once we made a start, these new songs came together fairly quickly, once we weeded out some excess. When you’re a guitar player like Billy, sitting in the studio waiting for your singer to come back, there’s a tendency to keep endlessly adding things in. Suddenly, your soup becomes a Borscht. I’m the dick who then comes back and says, no – pull some spices out, pull those potatoes out, let’s just taste the stock on its own and see what we’re working with. To me, space is really important. I need some space in the song so I can hear where the vocal melody’s gonna go.”