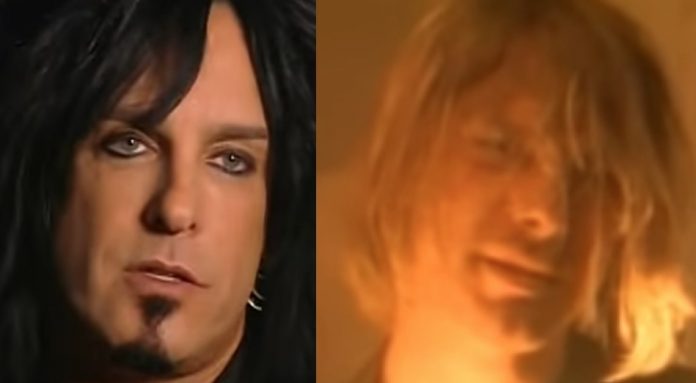 “It’s all the same, it’s just all dressed up in different ways. They all care, they all pretend they don’t care. Kurt Cobain cared about how he looked as much as Nikki Sixx.

I remember Motley Crue were a pain in the ass to shoot in the day because they all wanted their hair done. If they didn’t have their hair done or their makeup – they all made out they were some sort of street gang punk band, but they still wanted to be preened.”

“Look at your favorite band Tool, there’s another band that make out the anti-this, the anti-that. The thing is he’s difficult because he cares about how he looks, and he only wants to be seen only a certain way. Nine Inch Nails, like Mr. Hardcore Noise, he cares about how he looks. It’s the bands that you least expect that are the absolute worst.”

Ozzy Osbourne responded somewhat unintelligbly, “They make money, what are they going to do, spend it.”

“They’ll go to a place to have their hair blown, it’s a little more expensive.”

Sharon Osbourne said, “I know, but what we’re saying is, all the bands in those days were saying it doesn’t matter how you look, it’s just the music, and that’s all we care about.”

Halfin added, “Listen, they care. They want to look the same as Tom Jones. They really [do].”