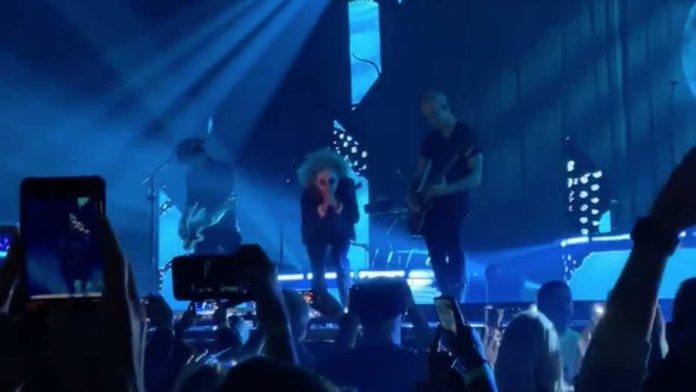 Maynard James Keenan surprised A Perfect Circle fans at their show on Tuesday night at CFE Arena in Orlando, Florida when he dressed up as Beetlejuice the night before Halloween, and acted quite animated as he came out of the shadows! A Perfect Circle tweeted, “If you need help enjoying your Halloween, just say my name 3 times. #saymyname #dontsayhisname @aperfectcircle #beetlejuice.” Watch video below.

“In writing music for the movie, you’re certainly writing in service to the movie. You are the last storyteller of this two-year process. There’s this script that the writer [has left] his ego fully intact on it. And then the director gets to reinterpret that and distills it down to what should be shot. And then the editor comes along and [decides] what works and what goes on the cutting-room floor. Then the last part of the puzzle is the composer. You’re there not to rearrange the film, but just to be in service to all that hard work that happened for so long and then create the mood. I think that’s a hard puzzle to figure out.

Maynard James Keenan is expected to release a new album with Tool in 2019.