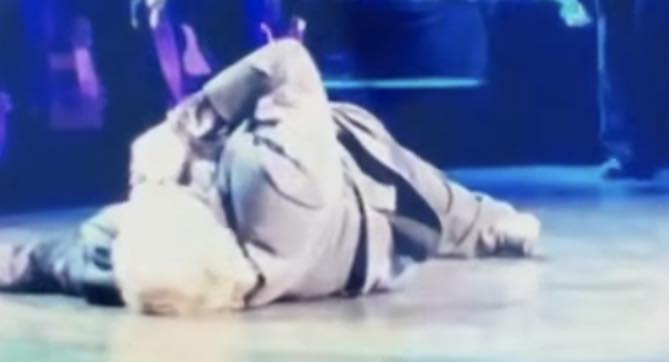 The rock and roll world was stunned when news broke that Michael Lee Aday, better known as Meat Loaf passed away at the age of 74. The entertainer would pass away nearby close friends and family. While at this time, there is no official cause of death, should be noted that Meat Loaf did contact the virus just mere days before his passing.

One of Meat Loaf’s final images was just shared for his fans. Meat Loaf is probably best known for his grandiose and rhapsodic 1977 ‘Bat Out of Hell’, along with its sequel album, ‘Bat Out of Hell II’, which would come out in 1993 and produce the highly acclaimed track: “I’d Do Anything For Love (But I Won’t Do That). Collectively, Meat Loaf would well over 100 million albums and appear in beloved films such as Fight Club, The Rocky Horror Picture Show, and Wayne’s World.

The rock and roll icon had suffered through various health issues and battles over the years, notably asthma. During a performance in Edmonton, Alberta, Canada, he would collapse on stage. Years later in 2009, he would also have a heart attack just prior to going on stage before a performance in Florida. This video, as uploaded by CNN can be seen before. While on social media via Facebook, the star that was born Marvin Lee Aday touched on the four back surgeries that he had which he had ‘pain that would bring you to your knees’

“The back surgeries hurt everything. Before the back surgeries I was still trying to do shows, that’s when some of you saw or heard of me collapsing on stage and finally stopping the tour in the UK. I couldn’t hit high notes because of back pain. Not a slight back pain. Pain that would bring you to your knees.”

Still, the beloved entertainer, did whatever he possibly could for his fans and the public as it was revealed before his death that he was planning not only a major comeback which included a reality show entitled ‘I’d Do Anything For Love…’ as well as a comeback album, his first since 2016’s ‘Braver Than We All Are’.