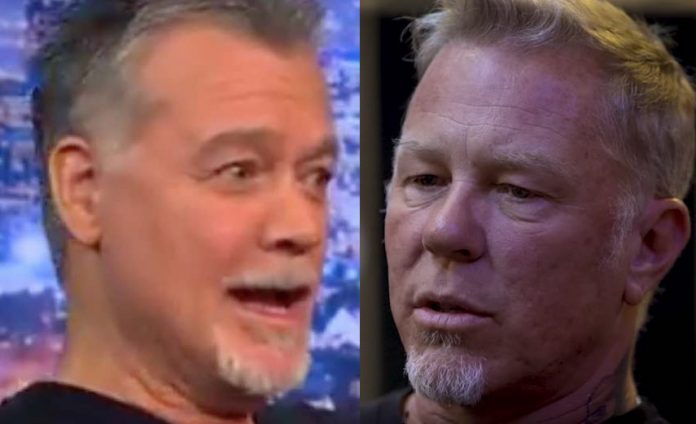 Metallica drummer Lars Ulrich discussed being approached about a headlining arena tour while on the ‘Monsters of Rock’ tour with Van Halen, and initially rejecting the offer.

“Rolling to Indianapolis… always a great vibe, 10 years too long. A notable thing about Indy… Back in the summer of ‘88 as the “Justice” album was being finished and we were on the Van Halen, Monsters Of Rock tour, our manager Cliff came out to talk about the next phases of the touring cycle and what we were gonna do after the European run finished that fall.

He said he wanted us to headline arenas all across the U.S for at least 6 months…
Cue jaw-drop! My reaction was No Fucking Way!!

We are not ready for this and more importantly, the U.S isn’t ready for a band like ‘Tallica, especially in the heartland. Maybe the Coasts and around the Great Lakes, but that was as far as I thought it could go. And then funnily enough, Indianapolis became the point of reference. What would actually happen if we booked an arena show in Indy? Would anyone show up? Would anyone care? Would we be playing to 15,000 empty seats?

Let’s book a show in Indy and a coupla the surrounding cities and see what happens. There definitely was a feeling that the musical mainstream was moving further out left to edgier stuff like us and maybe that was happening in places like Indy too.

We booked our show for Thanksgiving on Thursday, Nov 24th at Market Square Arena, and lo and be-fuckin-hold, when tickets went on sale a few months out, it seemed to work. Lotsa mainstream rock fans, along with our edgier and disenfranchised followers were ready for something different.. looking like a full house was possible, or at least close enough.

Indianapolis was the first Midwest Arena City that we cracked and it will always hold a special place in my heart.

It’s awesome to be back!”