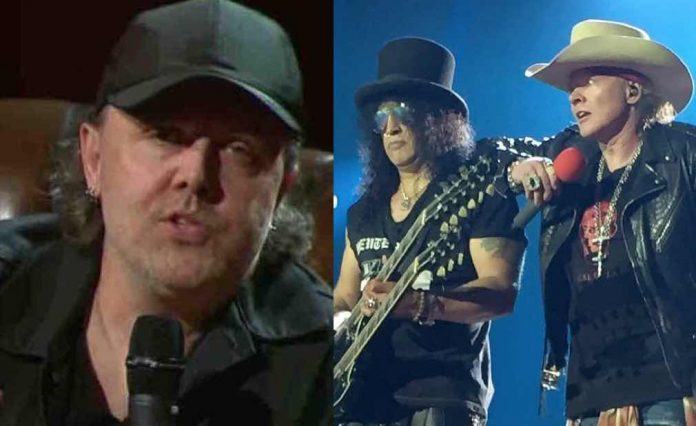 We tragically lost iconic Queen frontman Freddie Mercury to AIDS in November 1991, but his life was celebrated with one of the greatest tribute concerts of all time in 1992, and Metallica drummer Lars Ulrich recalled playing with other big names like Guns N’ Roses in a new Instagram post on Easter.

“27 years ago today, we were beyond psyched and humbled to be a part of the Freddie Mercury Tribute Concert for AIDS Awareness at Wembley Stadium in London. We kicked off the festivities with Sandman, Sad & Nothing and later, JH played Stone Cold Crazy with Queen and Tony Iommi!

Metallica have more tour dates planned in 2019 in Australia with Slipknot, while Guns N’ Roses will return to the road in September and October after the conclusion of the Slash featuring Myles Kennedy and the Conspirators tour. Guns N’ Roses and Metallica are expected to work on new albums in 2020.